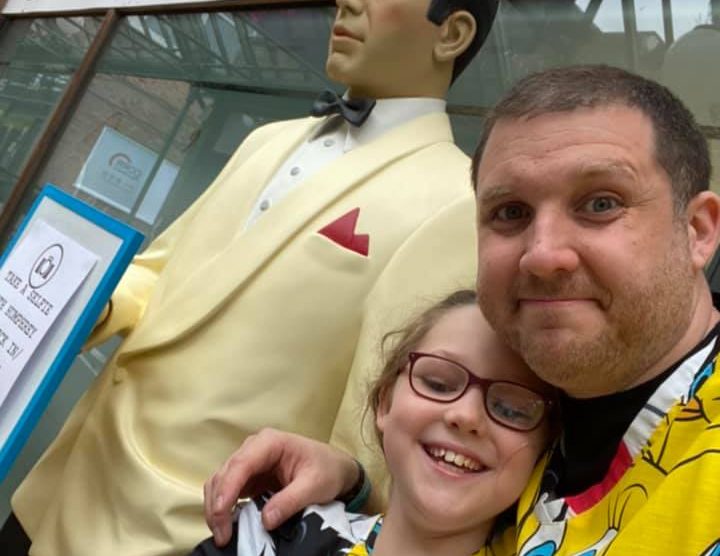 Andover business Ben’s Quality Dry Cleaners is not only celebrating the reopening of his business after lockdown but also a brilliant 18 years in business.

Ben Walton, who owns and operates Ben’s Quality Dry Cleaners on Union Street is a 3rd generation dry cleaner following in his fathers and Grandfathers footsteps. Ben told Love Andover “I opened the doors to Ben’s Quality Dry Cleaners way back in 2003 after spending my entire working life (and before!) in the Dry Cleaning and Laundry industry. Now 18 years later I’m still here, a little older, a little greyer but still smiling a happy to welcome my customers with a smile and a friendly face. I am a 3rd generation Dry cleaner and Launderer, following in my parents and Grandfathers footsteps”

Though nothing was handed to Ben, he worked hard to get to the level he is at and that shows with his quality of work that many around Andover both domestic and commercial trust him with. Ben started his love after school learning his trade in the back of his parents dry cleaning business, he eventually fulfilled a full-time role there but not to rest on his laurels his aspirations of perfecting his trade led him to experience his passion in a variety of environments which included a running a major supermarkets dry cleaning department to being a general manager at one of the biggest dry-cleaning companies in London where he spent 6 years working with top hotels, prestige clients and celebrities.

Ben added “When I was a young lad at school, I’d spend my time after school in the back of my parents Dry Cleaning shop on Weyhill Road learning the trade and also earning my pocket money! When I was old enough, I worked on Saturdays and when I left school not knowing what I wanted to do I started working full time there until I found out what I wanted my career to be in…… 30 years later and I’m still wondering”

The opportunity to return home and open his own business in April 2003 was something he couldn’t turn down, and thus Ben’s Quality Dry Cleaner’s was born. Ben said “After I’d completed my apprenticeship I needed to get out in to the big wide world! I worked for a supermarket running their Dry Cleaning unit in Farnborough before moving up to London where I worked my way up to General Manager of one of the Biggest Laundry and Dry Cleaning companies in the capital.

“I had spent 6 years in London and thoroughly enjoyed my time there. I learnt a huge amount about different aspects of the trade and was fortunate enough to look after numerous prestigious hotels, clients and celebrities. At the end of 2002 the opportunity to open my own shop in the town I grew up in was too good to turn down and in April 2003 I opened the doors for the first time”

Ben understands the tradition and the importance of continuity and the value of every customer and this is why he is the face of the business that has led it through the past 18 years and over the last year which has been the most difficult and unpredictable to date, but his infectious personality, positive attitude and the funky shirts has kept the spirit of helping Andover keep clean and carry on.

The personal service and expert care is felt through every smile, every press and every spin. Ben added “I’ve always had the desire to provide the highest level of cleaning with the friendliest and happiest customer service. That idea has never changed and never will. With the support of my parents and having years of experience to call on. I will continue to follow that vision to provide the best service to the people of Andover. Along with Dry cleaning we do laundry, duvets (yes, we do do duvets…), repairs and alteration and also a free collection and delivery service.”

Behind every great man is a great women and Abbey, who patiently waited to walk down the aisle in 2005, has provided Ben with much needed support over the years. In 2007 they had their first child Zak, who was 10 weeks premature and has cerebral palsy and has provided Ben the inspiration for all his fundraising and backed up by Zak’s sister, Lara, for more support. Ben said “In 2005 I got married to the very patient Mrs Walton and in 2007 we had our Son Zak. Zak was 10 weeks premature and has Cerebral Palsy. He is the inspiration for all the fund raising I have done over the years. In 2011 we had our beautiful Daughter, Lara. She was a premmie too and has grown in to the most loving, caring and beautiful daughter/little sister in the world!”

Ben Walton is much more than Ben’s Quality Dry Cleaner’s, Ben has been a community staple in the town over the years with his many acts of fund raising. Remember when he set the ironing world record in 2008? Then smashing it again in 2011? The feats were completed in ASDA, in 2008 he ironed for 75 hours then beat that record in 2011 by doing 90 hours, barely running out of steam too. Ben has tackled the 3 peaks and has pitted himself against many gruelling marathons and has raised in excess of half a million pounds for various charities.

His determination in this coupled with his good heart is one of the reasons that this fantastic local business is still here and still serving the people of Andover like his father and grandfather before him. Ironman Ben said “Over the years I’ve carried out many fund raising events for charities like Children in Need, Princess royal trust for carers and Whizz Kidz to name a few, from ironing on the roof of the guildhall to breaking the world record for marathon ironing with the help and along with various groups of friends and clubs I’ve helped to raise in excess of half a million pounds. I will continue to fund raise, doing madcap Ironing feats, running marathons and generally going that extra mile! Might even have to reclaim the Ironing World record….watch this space!”

The last year has really tested Ben’s Quality Dry Cleaner’s and the experience and hard work that Ben has acquired over the years backed by family and staff as well as the fantastic support of the local community has really made Ben bold and provided that spark to keep spinning on.

With the non-essential shops reopening, Ben is looking forward to getting back to it Ben said “Having battled through recessions and hard times the challenges of the last year have been by far the greatest but seeing a glimmer of light at the end of the tunnel it’s an exciting time to start working safely and responsibly towards getting back to normality.

“I’d like to thank my parents, Mike and Jan, for all their support over the years and my wife Abby for putting up with me! My amazing staff, Pat, Tina, Phedera and Robert for keeping me in check and finally I’d also like to say a massive thank you to the people of Andover who have supported me in business and charity fund raising over the years, the feeling of community and support has been overwhelming and that’s testament to over fantastic town. Here’s to another 18 years! 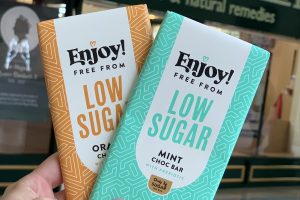 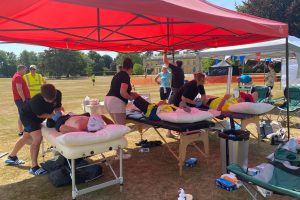 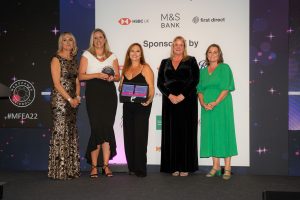