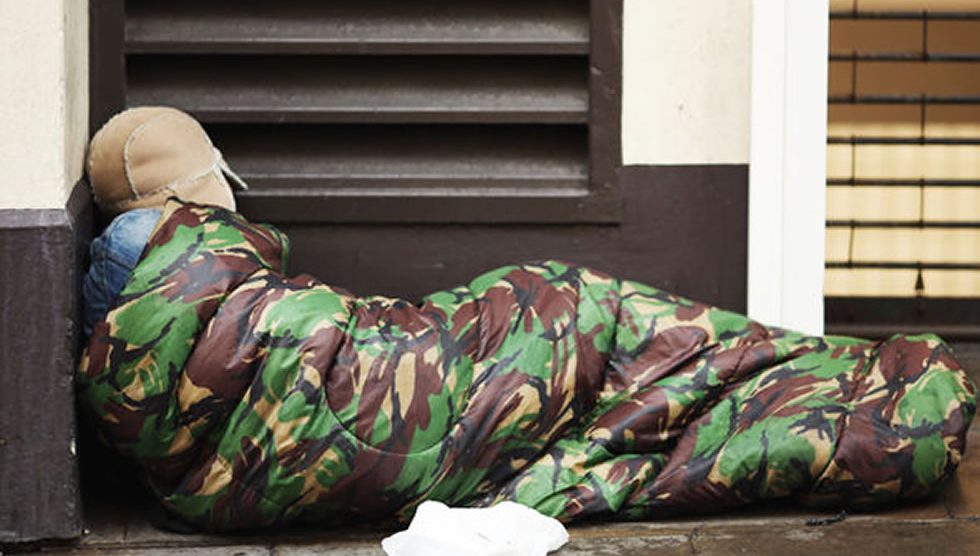 A national charity says that Test Valley Borough Council are the worst local authority in the UK for supporting military veterans.

Help 4 Homeless Veterans has recently been dealing with a case in Andover where a veteran remained homeless for six months, according to the national organisation this is because of the council’s lack of understanding of their own responsibilities.

David Wood the charity’s Legislation Officer told Andover Radio, “We’ve had a number of problems with Test Valley Borough Council (TVBC), in particular because they have refused to get a veteran into accommodation. It’s so bad that after 6 months dealing with TVBC, the veteran is now being housed by Wiltshire Council. Simply because TVBC have not followed the correct legislation.

“I’ve challenged the council on three occasions, initially they told me they do not have a duty to house him. When I visited on a third occasion they decided that they did have an obligation and a duty to assist. It was too late.”

This year the organisation received royal recognition when Prince Andrew presented them with the Duke of York Community Initiative Award.

“I find them totally unsympathetic to our veterans.”

Homelessness is a problem across the UK, some sources claim as many as 13,000 ex-service personnel are living rough. Mr Wood says, “As a charity organisation we are sick and tired of hearing excuses from local councils. Homelessness since 2010 has trebled in this country, we have more people on the streets than we have ever had before.”

“These people have served their country and were prepared to put their lives on the line. They are now left on the streets of our country and suffer serious mental health and serious other issues and it just seems to be that the legislation is there but it is being abused and it’s just being used how Test Valley want to interpret it.”

In discussing two Andover-related incidents, one of which Andover Radio reported on yesterday afternoon, David Wood says that Test Valley Borough Council will be hearing from him again, “TVBC are well aware of me, I have raised issues on a number of occasions and to me it seems that it’s going in one ear and out the other.

“I am aware of another situation which has just arisen and its just blown me away. TVBC will be coming up against me very shorty. I have done this before; If I have to, I will name and shame them in the national press and on national TV news and make sure that everyone is fully aware of the situation of what TVBC has done to this veteran. They don’t seem to want to listen.

“TVBC misunderstand their own responsibilities.”

You can hear an edited version of the full interview with Mr Wood on 95.9FM Andover Radio tomorrow morning (19th October 2018).