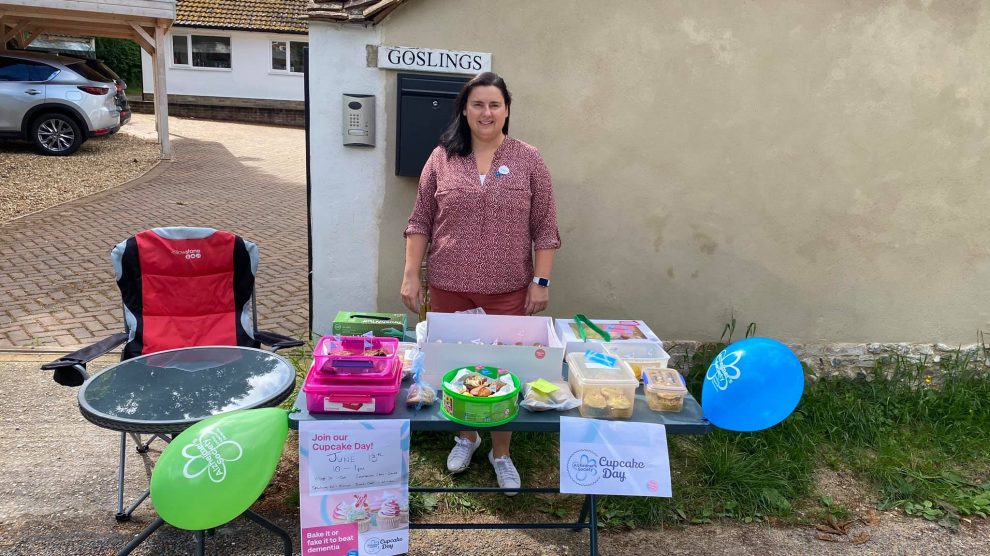 Once again Thruxton has proved it has a strong sense of community by raising astonishing amounts for charitable causes.

On Saturday (13th June 2020) the village of Thruxton hosted two fund raising events: ‘The Great Thruxton Bake Off’ and the ‘Grand Thruxton Raffle’.

The Great Thruxton Bake Off and Bake Sale was organised by resident Michele Horner in aid of the Alzheimer’s Society. Residents made cakes for sale and also entered the Bake Off which was judged by Trisha and Graham Harris.

The winner of the bake off was 15-year old Natasha Richardson for her amazing floral cupcake display. As it was supposed to be Trooping of the Colour day there was a also a special Queen’s Star Baker award which was awarded to Theresa McDevitt for her Union Jack Cake.

There were four cake stalls around the village and the residents came out in force to visit each one and make a purchase (all social distancing rules and hygiene was in place). The event was highly enjoyable and more importantly raised an incredible £1244.67 for Alzheimer’s.

Thruxton resident and leader of the Thruxton Virus Volunteer Group Richard Smart says, “For a village to make that much money for a bake sale bears testament to the strength of community spirit and togetherness in the village.”

In the afternoon, the Volunteer Group delivered 40 cream teas to the elderly in the village. Resident expert baker Roger Oliver baked 100 first class scones which were accompanied by clotted cream, jam, biscuits tea and coffee.

In the evening Richard Smart hosted the Grand Thruxton Raffle. There were 25 prizes donated by residents and an incredible £870 was raised.

With the proceeds, £250 was donated to each of the following: Thruxton Village Hall, Thruxton Church and Thruxton Air Ambulance. The remaining £120 will be held in the Virus Volunteer Group fund for future occasions.