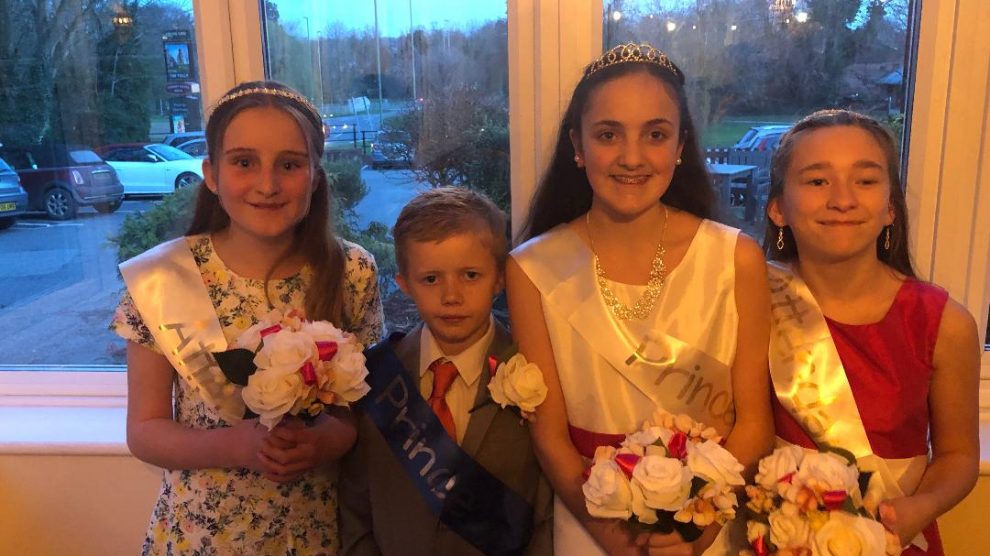 When growing up in Andover, one of the biggest competition in town was the judging of who would lead the Andover carnival as the royals. I would imagine that most of us who have grown up in this town has been entered by our parents.

Iris Anderson has told us the history of Andover Carnival;

Sunday 13th of July 2008 Andover New style Carnival Chairman Alex Gillies brought the carnival  back with volunteers and the help of local  businesses.The Andover Advertiser supported the Royals. They used to run the competition in the local paper by having their photos taken which would then go in the paper and everyone was able to vote for their children or others.
From 2008 to 2018,there have been 44  Carnival Royals  made up of a Prince,Princess and Two Attendants. 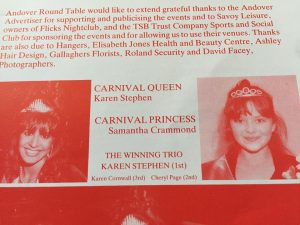 In May 1988..Sam, my daughter was 10 years old. She loved singing and dancing and showing off lol! So as a very proud mum I entered her for the competition… it was held in the TSB at Charlton Place. She had to parade in her nice outfit and tell a joke.. She told a Knock knock joke. She was so excited when they announced.. “and the winner is Samantha Crammond’ .. we had to re-enact that scene for weeks.. lol! The Carnival Queen, Karen Stephen helped look after her. Samantha thoroughly enjoyed the experience and sitting on the float and doing the ‘royal wave. She was so excited that she wouldn’t take her tiara off for ages. She wanted to wear it every day. Irene Crammond 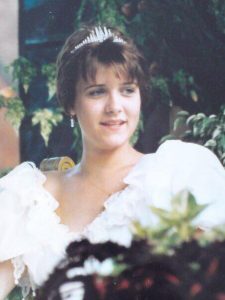 I entered the carnival queen completion two years in a row. I was runner up the first year and then became carnival queen the year after in 1993.
All of my friends at school entered and was something we all enjoyed as back then the carnival seemed such a big event in Andover.
I loved every minute of it and was a good excuse to get dressed up as I very rarely was seen in a dress. I was actually 19 when I became carnival queen and was pregnant with my son at the time.

When my son was old enough and it was advertised again he entered and I was very proud when he became carnival Prince. Emma Bainbridge 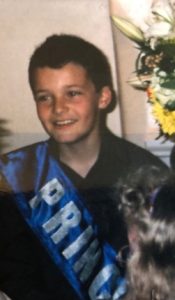 Some of the key people involved with the Carnival Royals 2018.

Test Valley Textiles boutique, were responsible for the princess dresses.

Grahams Tailors, provided the suit for the Carnival Prince.

Iris Anderson, she has looked after the Carnival Royals for many years, on the day of the carnival and throughout the year at different local community events that they opened. Sadly Iris stepped down from her role with the carnival this year and left the carnival committee. Which left the carnival royals mid reign with no one key person to look after them and organise opening events for them to attend.

This is what Iris shared with us about her time with the carnival in her role as ambassador for the carnival royals;

I was the ambassador to look after them , to help organise different events and make sure they knew everything we had to do on the day , and of course the big day was the Carnival Day which they loved
This gave the children such confidence ,to meet new people and they were always excited to know what they were going to do next, some of these children have gone on to dance groups,and acting,
This wasn’t a one day event they had different things to do through out the year
Some of these Royals  now are 22 and 16 years old they often tap me on the shoulder and let me know what they are doing it makes me feel old.
I looked after the Royals  for the whole year we had such great fun ,we all became one big happy family ,I also have to thank the parents for bringing them on time, to come to the different events.
I step down from my role in September 2018 at the AGM,it was a sad moment for me whoever takes this role on I wish them the very best wishes,  it’s the best role you could ever have, The children bring such fun and laughter.Best Wishes To You All    Iris Andersen

Kevin Rush, is this years Vice Chairman of the carnival. He stepped up to look after the carnival Royals and their parents when Iris stepped down from her role.

On Wednesday the 13th March 2019, the Andover carnival royals gathered for the last time, for a royal feast at The Folly in Andover. To celebrate their year of nobility and to formally bring their duties to an end. It was one final photo opportunity with a  finish to the evening with an exchange of monetary gratitude for services provided.

You can read more about some of this years Carnival Royals adventures in the following articles;

The first of the Andover Carnival royals duties here

After the 2017 Andover Carnival my daughter returned home and asked, how do you become a Andover Carnival Royal? She entered the competition and was named as the Princess, this was the final year she could have entered the competition due to her age. On carnival day the royals were chaperoned by Iris, who made them feel special and ensured they felt at ease and were not overwhelmed by the crowds. Iris was an amazing ambassador for the Carnival Royals and she has been sorely missed since she resigned from the committee last year, having dedicated many years of voluntary service to this great event. It’s just not been the same for the Royals without her. My daughter has found new friends through this unique opportunity, I am sure they will all remain friends for many years to come and will look back on this time with cherished memories. Vicky Corpe 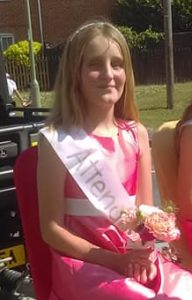 For those of you who know me, you will be aware that my daughter came 2nd in the 2018, Carnival Royal competition. She had entered for every year that they ran the competition and this was her last year of being the right age to enter. So we were both delighted when her name was called out as second place winner. I’ve always loved the Andover carnival and been a huge supporter of it, so we were both pleased that she was going to be leading the parade. The dresses arrived very last minute and the size was not right, thankfully she has long hair and it was a hot day, so she could wear her dress slightly unzipped at the back and no one noticed. Iris was great with them throughout the carnival and guided them through the day giving them huge support making sure they all stayed sheltered from that hot sun and drank enough water. 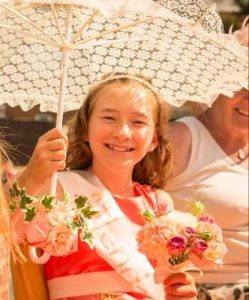 Kayleigh  tried few times to be a royal and this time she was overwhelmed to have been chosen for the opportunity to be on the float in the carnival possession, she loved every minute of her time as royal. The royals were looked after by the lovely Iris. Kayleigh adored Iris but sadly Iris had to leave due to her health, that’s when we met Kevin.He is great really engaged and had fun with the royals even flossed with them, it’s such a shame it’s now come to an end as they did not do many events this year .Kayleigh loved meeting new people and leading the procession which made her feel special for the day. Lorraine Cutting

The following announcement has been shared on the Andover carnivals facebook page;

Good bye to our Carnival Royals and our Ambassador.

For Iris Andersen, our Royals’ Ambassador, the time has also come to finish a magnificent run.Iris has spent countless hours over the years as chaperone, escort, security and organiser for the competitions, Carnival procession, shop and business openings and much more. Many young people benefitted from her support and encouragement as well as local business and the community.

Regretfully, with diminishing resources and the huge legal, safety and security issues, the Carnival can no longer manage the requirements and responsibility for the Royals.

We will still have our wonderful events in the park and the procession which gets bigger and better each year and 2019 will be no exception. Look out for the announcement of our 2019 charities which will be announced shortly.

We look forward to welcoming visitors on Sunday, 21st July 2019

Andover Carnival is organised and run by a group of volunteers who freely give up their time to raise money for local charities. To find out about the planned carnival for this year. Visit their website here