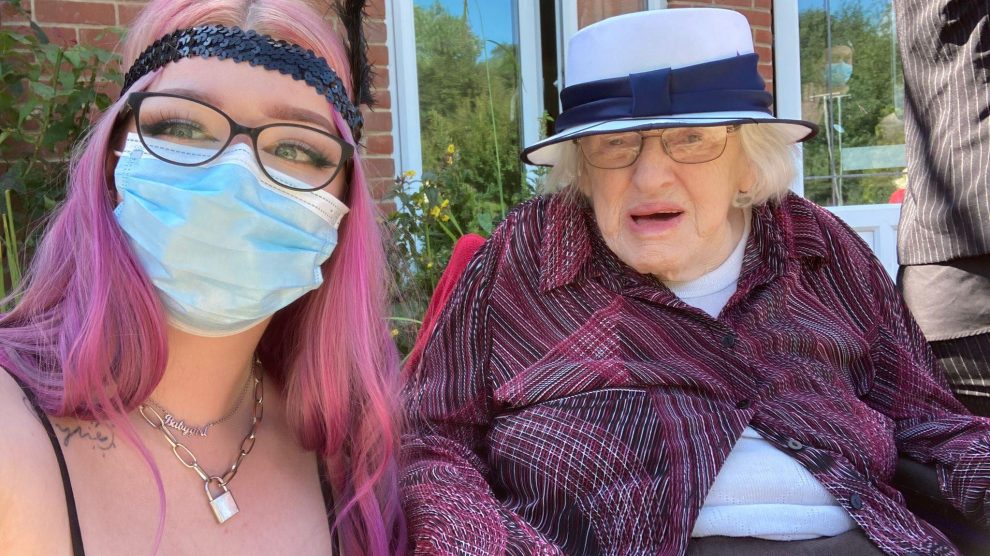 After the Olympics and Paralympics have come to an end in Tokyo this year, nursing home residents in Andover have taken part in their very own sporting championships.

The “Oomph” Olympics, aptly named in the Andover home for its energy-giving exercises, has been a great addition to Millway House and its residents have been celebrating their achievements.

One resident said: “We may not be quite up to GB standards just yet, but we’ve given it a good go!

“To have a reason to get up and get moving together is fabulous! We’ve all been laughing a LOT.”

To celebrate the Olympic-themed month, the Andover residents chose to throw a party. They all had the opportunity to dress up for a day of food, drink and music.

With a 1920s theme, the Gatzby-inspired affair made way for talks of a summer Olympics in Belgium in 1920. Not only were there sporting events going on in Antwerp that year, but it was also the year Mary Duncan, who celebrated her 101st birthday at Millway House earlier this year, was born.

Sara Gallagher, Millway House Operations Manager said it was great to see everyone getting into the 1920s’ spirit to celebrate their ‘Olympic’ achievements.

She said: “Including exercise in our residents’ daily activities is very important. With this Olympic programme, we can give them a bit of purpose every day.

“It was great to see them congratulating each other in their 1920s’ themed costumes and hearing their chatter of sporting events throughout their lifetimes.”

Millway House is part of Sears Heathcare and CEO Richard Adams said: “At Millway House, we are a nurse-led care home, so our approach focuses on meeting the healthcare needs of our residents. Exercise is an important aspect of the daily routine and it’s been great to see the Olympic-themed movements being enjoyed by all here.”

Situated at the heart of the local community in Andover, Millway House is a high-quality nursing home which ensures residents maintain their connection with the community and get the most out of life.

‘Papers not required’, vaccine passports ditched
Gardening business set to flourish after being awarded a grant from the council