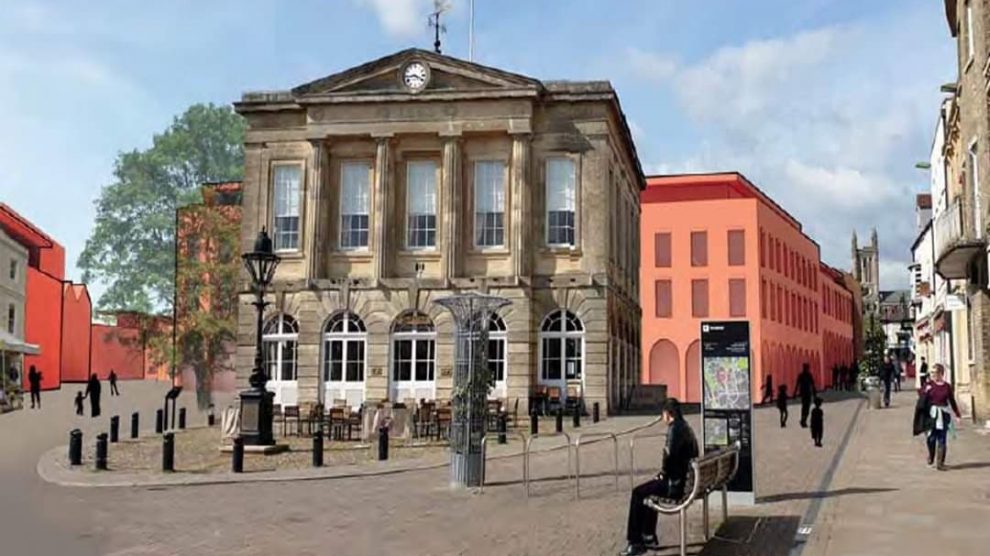 Following last night’s ITV Meridian programme on the ‘decline of the high street, the team here at Love Andover HQ thought it might be useful to share some facts.

Today we have been inundated with people wanting to comment on last night’s TV show; some in an official capacity, most who simply want to have their right to reply.

As most people will take to social media to share their views, we think it might be useful to be aware of these facts:

The report on ITV claimed that there are now 3,600 empty shop units “across the ITV Meridian region“. When you assess this figure you will note that they mean that today there are 100 more empty shop units across an area with a population of 8,000,000 than there were three years ago.

This is hardly a showstopping figure – we calculate that each town in their broadcast area has seen a reduction of 0.4 retailers in three years. As more national brands close, it suggests that more smaller, local and independent retailers must be opening and filling the void.

In Andover, this is very much the case. Where we should absolutely applaud businesses like Pennies, Photos2Print and the Blue Onion that have been open for many years, we must also congratulate shops like Burgos Pet World, The Record Box, the Andover Tap, J4K, Best 1 Barbers and a host of other new businesses that have shown their commitment and opened in the town.

Our job as residents is to support them.

Past Mayor of Test Valley, Cllr Iris Andersen was one person who visited us today to say she was not happy with the inference of the ITV Meridian report. “We must support our local shops”, she told Andover Radio’s David Harber. “We have a huge number of people whose livelihoods rely on customers to the high street. ITV didn’t do us any favours. I am very angry.“

Talking as resident of the town, the 72-year old former nurse went on to say, “I am really really saddened by the programme. We are really lucky in Andover to have all these brilliant independent businesses and people who want to come to the town and open new businesses.

“The big problem is something that’s happening nationally. Arcadia is a massive company which is closing down – they are not thinking of Andover. We really do need the people of Andover to come and support these independent, personally-run businesses. These independent businesses are able to give customers the service they want.

Whereas the TV report did give a few minutes of coverage to leader of Test Valley Borough Council, Cllr Phil North so he could explain his vision for the future, the title of their programme was “The High Street: the End of the Road” and Cllr North’s plans for the future were entirely overshadowed by delivering a sense of impending doom.

Cllr North has been championing the rejuvenation of the high street since he was appointed leader of Test Valley Borough Council (TVBC) in May 2017.

TVBC purchased the Chantry Centre last year and audacious plans to rebuild our town’s shopping experience were unveiled earlier today in the Guildhall.

The event this morning saw Graham Waters from Test Valley Models walk out of the presentation after he humiliated himself in front of other businesses that genuinely want our town centre to thrive.

At the meeting, it was reported that over 3,000 responses had been received to an initial survey.

“Singling out Andover made it look like we are the cause of the problem”, said David Harber from Andover Radio about the ITV coverage. “In comparing footage of the Chantry Centre, they used a different entrance, on a mid-week night when it was raining. The inference is ‘Andover is dead’.

“Andover isn’t dead. Andover is leading the way in identifying and solving the issues that face high streets all over the UK”.

The ITV report online said, “25 years ago the Chantry Centre in Andover in Hampshire was buzzing, but today it’s almost deserted”.

This claim entirely misses the fact that internet is now a factor in purchasing. There’s very little chance of stopping online purchases but people want knowledge and experience when buying certaijn items.

On the ITV programme, Phil Nightingale from The Record Box (George Yard) said, “People are sick of buying things online, because when they get it, it’s not what they expected.

“They come into places like this, where they can actually see the things they are taking away. If they are not happy they can bring it back with ease. And, it’s so much more fun.”

Pennie Sinclair from Pennies Haberdashery – a business just off the High Street which has been open for three generations added, “I’ve been doing this since I was 17. You have to know what you’re selling. Customers come in and just need help and that’s what I am here for you.

“You can’t get that on the internet.”

It was Pennie’s father John Sinclair who was a local celebrity for many years as landlord of the George Inn at Thruxton. He was well-known as the ‘heroic publican’ who challenged the local council to advertise the pub using mobile A-boards and walking up and down the A303.

We are all ‘nostalgists’ to an extent” adds the local radio station boss. “I am sure we remember Christmases being snowy, summers being sunny and you could remember the songs in the pop charts. The reality is, things change.”

Fearing that the ITV report would stop people from elsewhere coming into our town, Cllr Andersen added, “We are a strong community here, with plenty on offer. We have candle shops, jewellery shops and gift shops”.

“Don’t just believe what you see on the TV. You need to come and have a look at our great town”. 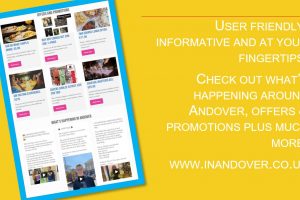 Bucking the trend: A walk through Andover’s surprising high street
Plans for a new Andover unveiled