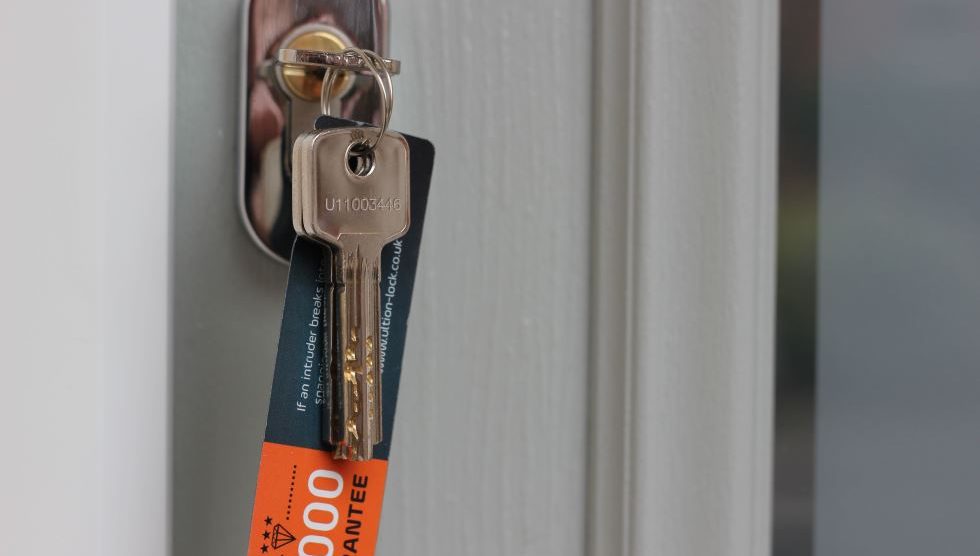 An Andover home improvement company has warned that thousands of homeowners across Hampshire are failing to lock their front and back doors properly, leaving them vulnerable to opportunist burglars this Christmas.

KJM Group says that the problem is being caused because homeowners aren’t engaging locking mechanisms properly, in the belief that in simply pushing or pulling the door closed behind them does the job.

It says it means that a firm kick or shoulder barge, could be all that’s standing between your home and opportunist thieves.

“New composite and PVC-U entrance doors are incredibly secure and difficult to get through –you have to be really determined as a burglar” explained Mark Pearce, Managing Director KJM Group.

“But if they’re left open, or more commonly not locked properly, your home is vulnerable. In our experience, there are a frightening number of homeowners who regularly don’t lock their door properly and that’s an opportunity for criminals at any time of the year and even more so, at Christmas.”

Front and back doors generally use three locking mechanisms to secure the door. The first is the lever-lever system. You physically have to lift the handle on leaving or closing the door on entering the house to engage the multi-point locking mechanism and turn the key to lock it.

Auto-locking systems are an alternative. A special catch on the opening sash is automatically triggered as it hits the frame, engaging the multi-point lock and latch, automatically securing the door.

The third hybrid mechanism uses a split spindle. This means that when you pull or push the door closed, it triggers the latch behind you but it doesn’t engage the multi-point locking mechanism. And it’s this which is being misinterpreted by homeowners.

Pearce continued: “You’re pulling the door closed and only engaging the latch. The advantage is that if you’re coming into your home carrying shopping you can just push it closed behind you, giving you time to put your shopping down and then go back and close it properly. It guarantees that no one can follow you into your home.”

“The multi-point locking mechanism is exactly the same as on other mechanisms, it works in the same way and is just as secure but it needs to be engaged. People mistakenly think that the latch does the job when it doesn’t and a little forcing could allow burglars to force entry.”

“An auto-lock automatically engages all locking mechanisms, while if you have a lever-lever system, you know that your door isn’t secure until you have lifted the handle and turned the key.”

KJM Group says that in 90% of the call-outs it attends where homeowners believe that they have locked themselves out, in reality, they haven’t, it’s only the lever that has been engaged – not the multi-point locking mechanism.

This is key to the structural integrity of the door, locking the opening sash at multiple fixing points to the frame and giving it its strength and resistance to attack.

“It comes down to user error.  There is nothing wrong with the product and it can be handy to be able to push the door closed and then automatically put it on the latch while you offload your shopping but you then need to go back and engage the multi-point locking mechanism.”

“This will make it infinitely harder for burglars to break in and also improve the weather performance and thermal efficiency of your door by guaranteeing to seal around the opening sash and frame.”

“We’d also recommend that after locking doors homeowners remove keys from cylinders, to prevent someone simply smashing the glass and then turning the key to gain entry.”

According to official figures the number of Hampshire households broken into at the close of March this year compared to the previous year, show a 14% hike. That’s a jump from 10,900 in 2015/16 to 12,437 offences.*

At the same time, national figures (National Home Security Month) show that in 70% of burglaries entry to the property is gained through a door. Even more worrying is that 16% of us, don’t lock our doors or windows when leaving the house!

“This should be a happy time for everyone and we certainly don’t want to panic anyone but it’s nonetheless prudent at this time of year to take a few extra steps to make sure that your home is properly secured.”