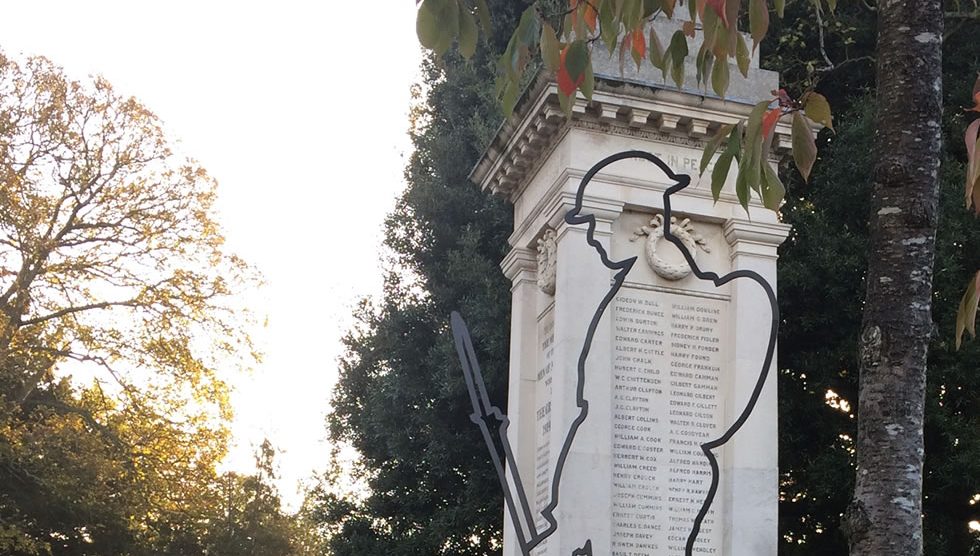 Three striking reminders of the sacrifices made during World War One are now in place across Test Valley.

In Andover, Romsey and Stockbridge, ‘Tommy’ silhouettes have been funded by Test Valley Borough Council.

The statues resemble a soldier at war as part of the There But Not There nationwide campaign to represent those who have lost their lives during war. Silhouettes will be in place at Remembrance events up and down the country for members of the public to pay their respects.

The Council has purchased three, which are now in place. They are situated in the Andover Garden of Remembrance, adjacent to Old St Peter’s Church in Stockbridge, and outside the Former Magistrates’ Court on Church Street, Romsey.

Leader of Test Valley Borough Council, Councillor Phil North, said, “We felt it was very important for these silhouettes to be situated in Test Valley as a reminder of just what sacrifices were made during World War One.

“Though no-one who made those sacrifices will ever be forgotten, it is fitting that we can honour them in this way.”

The statues will remain in place as three Test Valley towns commemorate those who gave their lives in World War One and those who have since died while serving their country.