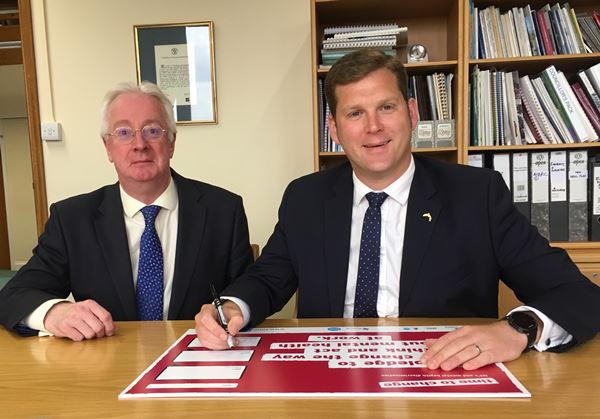 “After 19 years at Test Valley… few would accuse me of being hasty”, said Test Valley Borough Council Chief Executive Roger Tetstall as he announced his departure today.

Mr Tetstall has been Chief Executive of the local authority for 17 years and in an email to councillors he said, “It has been an immense privilege to do this job for so long and see the Council and our communities prosper and flourish.”

The £110,000+ a year job came into question some years back as then leader of the council Cllr Ian Carr defended his £3,000 a year pay rise. Cllr Carr said, “[Roger Tetstall] runs a £75 million a year business and he does a great job, so yes I think he is worth it.”

By way of comparison, an interim Chief Executive at Slough borough council, Roger Parkin, received a total ­remuneration package in 2017 of £595,077.

The Chief Executive’s office at Beech Hurst in Andover is also managed by Carol Moore and Andy Ferrier, both TVBC’s Corporate Director’s.

62-year old Mr Tetstall announced his departure in an email to councillors ahead of this evening’s council meeting at the Guildhall in Andover.