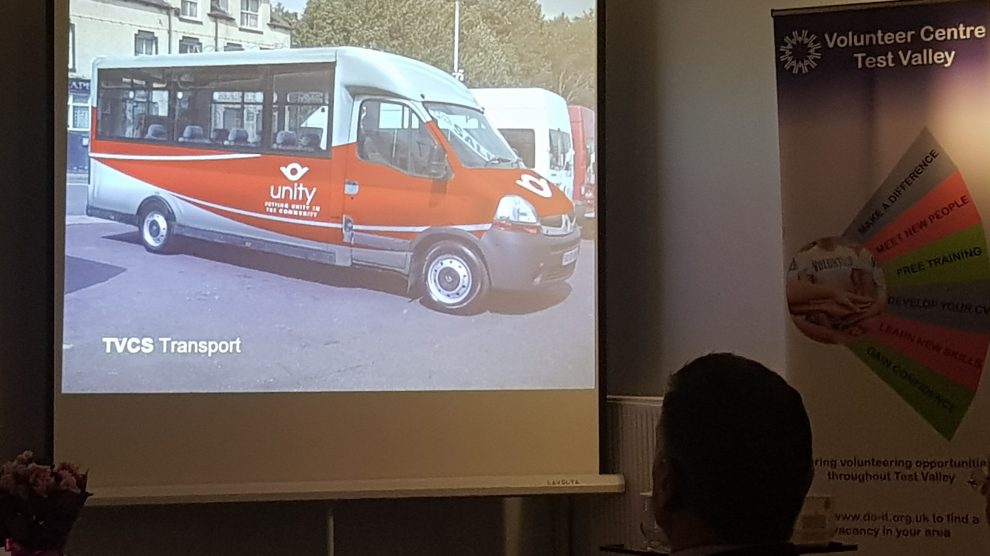 After 35 years of operation, the council for volunteer services in the Test Valley has adopted a new name.

Previously known as Test Valley Community Services (TVCS), the charity which helps groups, non-profit organisations and individuals in the region has changed its name to Unity.

As announced on Love Andover in November last year, the organisation based at Andover bus station has unveiled its rebrand:

TVCS has changed its name to ‘Unity’ with the strapline, ‘Putting Unity in the Community’, a reflection of the work that the organisation do to support local communities and individuals.

Unity Chairman, Dorothy Baverstock says, “The decision to change the name to reflect a modern, forward thinking organisation was made by the Board of Trustees in 2013 and has not been a  decision taken lightly.

“Of course, there was no way we would have done this without consulting our members which took place throughout the summer culminating in a launch at the AGM in November.

To reflect the diversity of our operation, the design reflects the various aspects of our work such as Unity – Volunteering, Unity – Transport, Unity – for Charities, Unity – Finance and we are thrilled to be able to promote all our services in this way”.

The organisation is widely recognised as a caring, community-based service provider and believes that the rebrand will not only reflect the charity’s development and vision for the future but also that the new logo shows a continued commitment to building successful relationships and the delivery of quality services in an ever changing environment.

Unity will continue all its existing services including Shopmobility, a Volunteer Centre and minibus hire.

Unity CEO, Mrs Terry Bishops adds, “This is an exciting time for the organisation and we would like to thank everyone for their support.

“Especially, Anton Visual who have inspired and supported us through this process and the Lloyds Foundation for funding this important transformation.”

The charity has recently embarked on a number of new projects in response to Hampshire County Council’s £140m budget shortfall which means funding for the voluntary sector will be significantly affected.

Unity now offer homecare services for people over 40 through Cardea and a series of bookkeeping services to small and start-up businesses.