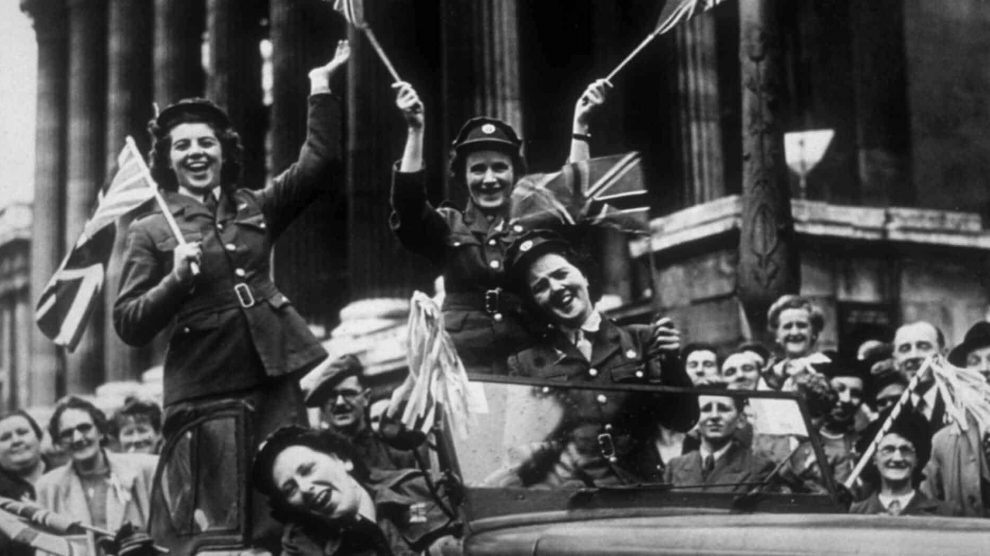 On Friday 8th May Andover Radio will be broadcasting a special series of programmes to celebrate the 75th anniversary of VE Day.

After a planned ‘street party’ styled event in Andover high street was cancelled because of coronavirus, Andover Radio is happy to be taking you back to 1945.

From 1:00pm the local radio station will broadcast a three hour special of music and news from May 8th 1945, which will include Winston Churchill’s historic announcement at 3:00pm.

The Leader of Test Valley Borough Council Cllr Phil North will join the programme with some special words just after 3:00pm, prompting people in north west Hampshire to join a UK-wide “Toast to the Heroes of WW2”.

Former BBC presenter Phil Farlow will start the celebrations at 1:00pm as host of a special programme called ‘Glenn Miller in England’. Abbots Ann resident Mr Farlow says, “This is a programme I produced for the BBC some years ago.

“There is lots of archive material in it. It would be very pertinent because of the large amount of Allied troops in around Andover at the time. There was a special radio network set up by Dwight Eisenhower and Winston Churchill for them. The Allied Expeditionary Forces Programme (of the BBC) was beamed anywhere where there was a concentration of those troops.

“The AEF Programme was heard loud and strong, beaming British, American and Canadian entertainment at the very important time of D-Day and the advancement of troops across the continent.

“It was the first time that the British public had heard concentrated American style entertainment and civilians loved it.

The Glenn Miller programme will be followed by a further specially crafted programme hosted by Martin Miller. Andover Radio’s ‘Nostalgia Hour’ presenter although just 31 years old is an expert in music from before the 1950s. Like all of the radio station’s programme hosts at this time, he will host the programme remotely, from his house in Whitchurch.

Martin says, “With the big plans for the 75th anniversary of VE Day understandably cancelled and many older people at home self-isolating I think it’s hugely important that still we mark this historic occasion and the best way to do that is by giving people the chance to enjoy, and in many cases re-live, that day.

“I’ll be playing the music that would have been heard on the radio and on people’s gramophones as the nation celebrated the end of war in Europe.”

Martin was the creator of the soundscape used for the 215 Project in Vigo Park in 2018 to celebrate the 100th anniversary of the end of the Great War. A video by Love Andover of the art installation was seen by over 1.5 million people. He says, “As people celebrate at home I hope to provide the perfect soundtrack of big hits and favourites from the 1940s with plenty of chances to sing along and dance along just like they did back in 1945.”

At 3:00pm there will be a special toast. Andover Radio is encouraging people from Andover to join in the Nation’s “Toast to the Heroes of WW2”.

From the safety of your own home, you are asked to tune in and show your thanks by standing up and raise a glass of refreshment and undertake the following ‘Toast’: “To those who gave so much, we thank you”.

Andover Radio will be using this unique opportunity to pay tribute to the many millions at home and abroad that gave so much to ensure we all enjoy and share the freedom we have today.