Veterans  In Action is a charity aimed at helping ex service personnel deal with life after the military. Whether It’s just readjusting to life on civvy street or the more serious aspects of coping with PTSD and mental health issues for the veterans.

Their aim is to give veterans something to focus on, whilst offering support and advice as needed to help veterans cope with life outside the military. One such project of this is the Veterans Expeditions Overland. This project is made up of three parts.

VIA use these elements combined to install a sense of teamwork, pride and the sense of usefulness back into veterans, who may otherwise be struggling with leaving the military in their own ways. To bridge the sometimes-unseen gap between serving personnel and former colleagues. To remove the sense of isolation that former service personnel can experience.

They are then taken out for weekends to put their training into practical knowledge and experience prior to the main expedition.

The main expedition this year is travelling from the UK to the Pyrenees and back.

This expedition is aimed at being a reconnaissance trip for future expeditions to take place. The aim is to complete two expeditions a year in future. These events will be aimed at those veterans who suffer with PTSD, and this trip is being taken in the run up to PTSD awareness month in October.

The trip this year takes them through Northern France, down to Saint-Jean-de-Luz then onto a desert plain in Northern Spain called Bardenas Reales for 2 days of desert driving training. They will then continue their trip east through the Pyrenees travelling from the Atlantic Ocean to the Mediterranean Sea. Before finally returning to the UK through the Pyrenees

They are also recording video episodes which will be made available on YouTube.

Post expedition will be ongoing support for veterans suffering from PTSD. It aims to bring veterans, serving personnel, the local community and families closer together and break down barriers that may be present.

Military families tend to spend a lot of time apart because of the nature of military work. This can lead to social, emotional and behavioural problems. Part of the aim of the 3rd phase is to take these parent and child groups out off-roading and then eventually weekend expedition trips. These activities will be run by trained personnel from VIA.

Billy MacLeod, Chief Operations Officer for VIA said “Overland Expeditions is aimed at creating new good memories for veterans who may not be able to recall before their PTSD. We aim to replace any bad memories with good ones to help them move forward with their lives.”

Mo Sweeney, veteran & Director of Love Andover said, “The work VIA do is important for helping veterans and particularly to highlight the issue of PTSD that affects them when they leave the military.”

VIA are also doing a walk from Stockbridge to Andover for PTSD awareness month in October to highlight this issue.

For more information on Veterans In Action, Please go Here 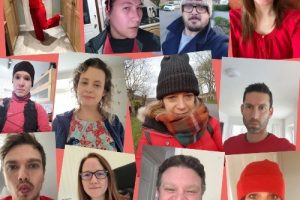 Rocking the Red in February 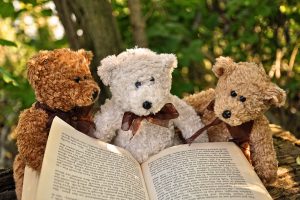 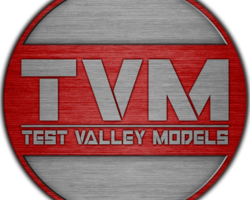 Test Valley Models – Doors May Be Closed – But We Are OPEN For Business!