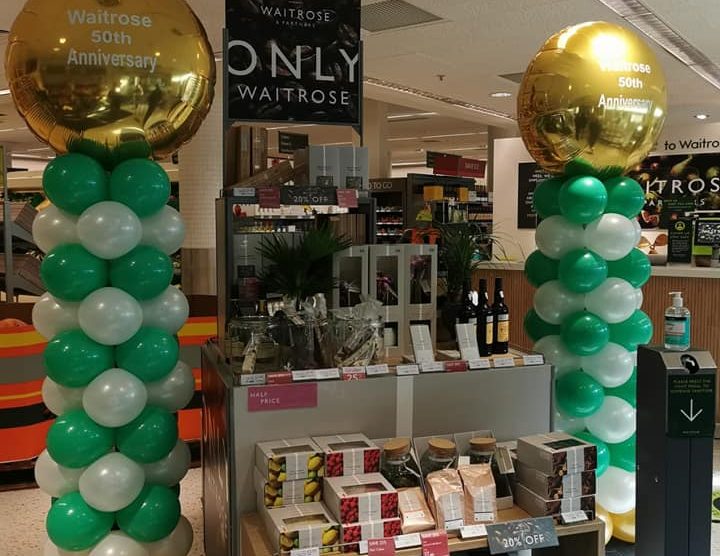 Waitrose Andover opened in the town centre (roughly where the old Argos / Bright House stores were located) on 6th October 1970.

The John Lewis Partnership Gazette reported that ‘On the same morning, a large Tesco opened in Andover with an official ceremony performed by celebrities“. However Waitrose was able to attract a large number of customers and by 11 o’clock trading was quite brisk.’ At that time, Andover was the third largest Waitrose supermarket in England employing 110 Partners.

In August 1990, Waitrose Andover relocated to a new branch, but still within the Chantry Centre in Andover Town Centre, which is the site that they still trade from today.

Again, the John Lewis Partnership Gazette reported that ‘The new shop was​ able to offer an expanded assortment, and an even better standard of service.”

All Partners were enthusiastic about the move and that there were 12 main checkouts plus two in the wine department. The tills will all be equipped with an electronic system to take debit cards such as Switch.

Things have changed a lot since the branch opened in 1970 but commitment to service and serving the local community remains the same.

Clearly the planned celebrations were unable to go ahead but they are celebrating over the course of the week with both Partners and Customers.

Listen to our interview with Andover’s Waitrose Branch manager Jeremy Board on Andover Radio.

Stockbridge Primary closed due to Covid
Who doesn’t love decorating a Christmas tree?