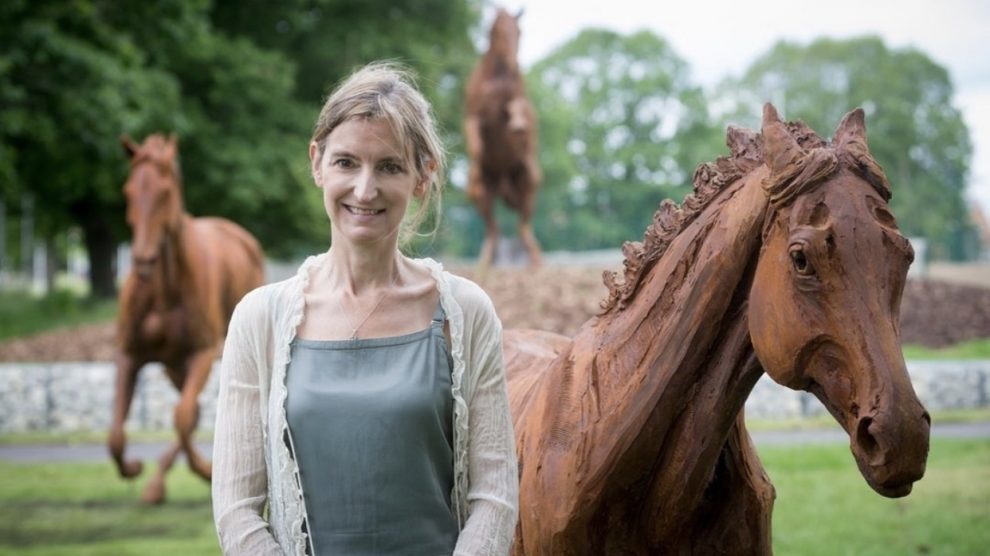 Test Valley Borough Council has announced the winner of its platinum jubilee public art commission – and it’s set to go to a familiar face.

Amy Goodman, who created the spectacular Romsey War Horse for the War Memorial park, will create two new artworks for the north and south of the borough to honour the Queen’s 70 years of service to the people of the United Kingdom, the Realms and the Commonwealth, as well as the monarch’s connections to Test Valley.

The designs will be revealed later in the year but will be ‘sister’ sculptures featuring Her Majesty. They will be placed in central locations in Romsey and Andover and will be unveiled in early summer 2023. The specific locations will be announced closer to the time.

The judging panels, which included councillors from the north and south of the borough, council officers and local community art experts, were impressed by Amy’s presentation and creative ideas.

Amy said: “I was shocked and overwhelmed to be given this great news. I certainly wasn’t expecting both. The pressure will be on for me to create two fitting yet distinctive statues that really complement each other. It will be such an honour to sculpt Her Majesty.”

Leader of Test Valley Borough Council, Councillor Phil North, said: “It was my ambition to appoint someone who could create two new pieces that would capture the spirit of this unique moment in British history, but also remain relevant and well-loved for generations to come.

“Amy is such an incredible and talented artist and her War Horse in Romsey War Memorial Park is truly exceptional. And as that piece was unveiled by the Queen’s daughter, HRH Princess Anne, it is great to see the royal thread continuing. Amy also lives and works in the borough with her studio in Quarley, so it’s brilliant that someone local has won the commission.

“These pieces take a long time to create and so rather than starting something well in advance of the event, we wanted to mark the occasion with the commission and then give the artist the opportunity to use that national spirit and emotion to really shape the final artwork.”

Amy’s other sculptures include the Florence Nightingale and Gurkha memorials in Aldershot, Arborfield Horses, Pegasus and Bellerophon for the 16 Air Assault Brigade and The Aldershot Airborne Soldier.