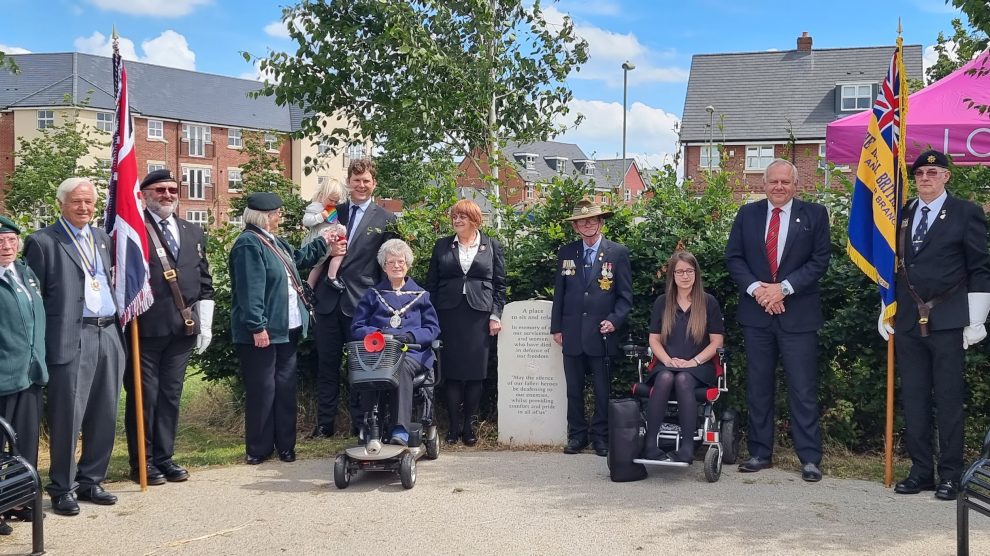 A celebration of our Armed Forces took place in Andover today.

A ‘small but poignant’ event was held at the ‘Poppy Park’ which was also officially opened today.

The Poppy Park is a small garden of remembrance and reflection at Augusta Park. The event gave thanks to our past, present and future military personnel as Rev. Chris Bradish from St Mary’s Church gave a blessing, prayer and a reading ‘In Flanders Field’ ahead of two minutes’ silence.

The Armed Forces event was organised by Test Valley Borough Councillor Nick Matthews, who opened the ‘small but poignant’ ceremony at 10:40 this morning, saying, “Whilst we remain experiencing the effects and restrictions and uncertainties of Coronavirus, it has enabled us to mark Armed Forces Day, of which our proud town always lays on a an extremely well supported event.”

The event began with a recording of Test Valley Brass, performing Castell Coch.

Of the Poppy Park – Cllr Matthews’ idea – he said, “This garden was completed just as the first lockdown came into effect and we have been unable to open and bless this memorial – until today. On a positive note, it has allowed the wild flowers to bloom which adds to the serenity.

“My vision for for this garden was of quiet and poignant reflection to commemorate all those who have fallen, during any campaign, whether long ago, or more recent.

Citing his loss of friends in conflicts in theatres of war such as Bosnia, Northern Ireland and Kosovo, Cllr Matthews said, “Many campaigns are often not widely recognised or referred to, as we traditionally remember those huge sacrifices during the two World Wars.

“However, any service personnel who have fallen in service of their country so we can enjoy our freedom is no more or less significant than any other.

“I wanted this memorial and its monolith to reflect exactly that.”

The Rev. Chris Bradish vicar of St Mary’s Church in Andover blessed the new garden ahead of a reading and prayer before reciting John McRae’s ‘In Flanders Fields’.

The respectful gathering of 30 people plus a few socially distanced onlookers then observed a two minute silence.

If you cannot see this video, please click here.

Former councillor Jim Neil recited Laurence Binyon’s ‘They Shall Not Grow Old’ during the event which was covered on-air by 95.9FM Andover Radio. A strong and confident reading of the Kohima Epitaph, recited by Austin Stratchley representing the cub scouts was followed by a round of applause.

Cllr Matthews told the Love Andover Observer newspaper last week, “This is garden means a lot to me, it represents all who have fallen for our freedom, including the most recent losses. The design of the garden and the newly planted wildflower turf provides a perfect serene setting that allows anyone to sit and reflect.

The inscription on the monolith was written by the Roman Ward councillor.

It reads: In memory of all our servicemen and women who have died in defence of our freedom.

In pre-Covid days, Andover’s celebration of our Armed Forces is usually a much bigger affair.

In previous years, the event organised by Love Andover, with support from Test Valley Borough Council, Ministry of Defence and local businesses, has drawn crowds of up to 10,000.

The landing of an Apache helicopter from Army Air Corps in Vigo Park opened the event in 2017. 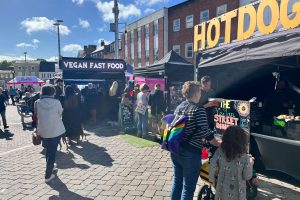 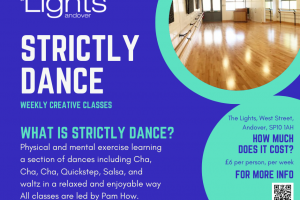 Quickstep over to The Lights for Strictly Dance. Classes open to all abilities!