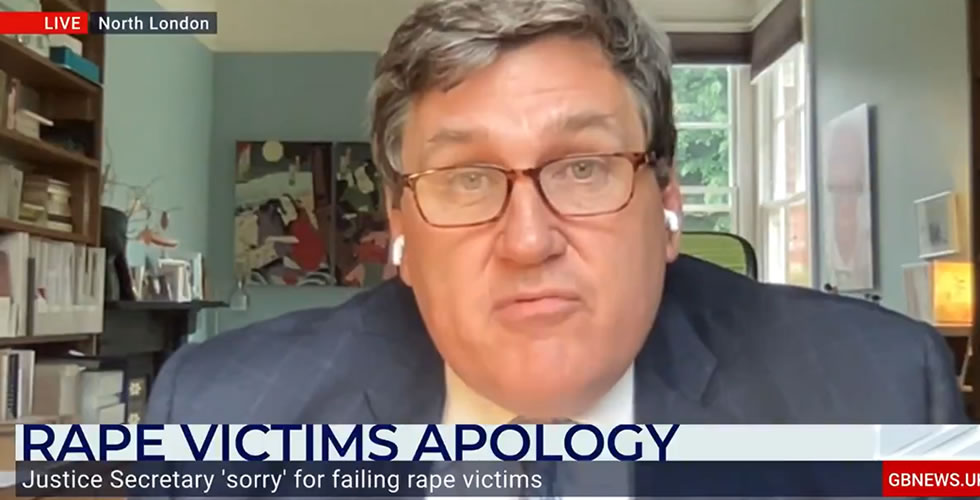 The Member of Parliament for north west Hampshire Kit Malthouse this afternoon apologised for the ‘significant drop in prosecutions’ in rape over recent years.

Just 1.6 per cent of rapes recorded by police in England and Wales were prosecuted – the lowest proportion for any crime.

The UK government has promised to implement a number of changes for how rape prosecutions are handled; they say this will increase the number of cases going to court.

The Conservative member spoke to the UK’s new TV news channel GBNews saying, “It does mean hundreds if not thousands of people have not had their day in court.”

Mr Malthouse added, “We have been trying for the last two years to tease out the reasons why and today we have launched a plan to try and rectify that situation.

“The reasons are complex and difficult in this most intimate and complicated of crimes to prosecute, but we [the government] are going to try and throw everything we can to try and get justice for those victims.”

GB News host Gloria De Piero asked the Minister of State for Crime and Policing, “An apology is of little comfort to victims… If a woman seeks justice, what can you say to her to say its worth going to the police, taking her case to court when the chances of getting justice are so pathetically small”?

The Andover MP responded, “Obviously… things are changing… over the last three or four years we have seen an increase in the number of rapes being reported.

“In 2016 we had 20,000 reported, we are now above 40,000 reported. More people are coming forward, which is good news. But we need people to have confidence that they are going to looking for from the justice system.