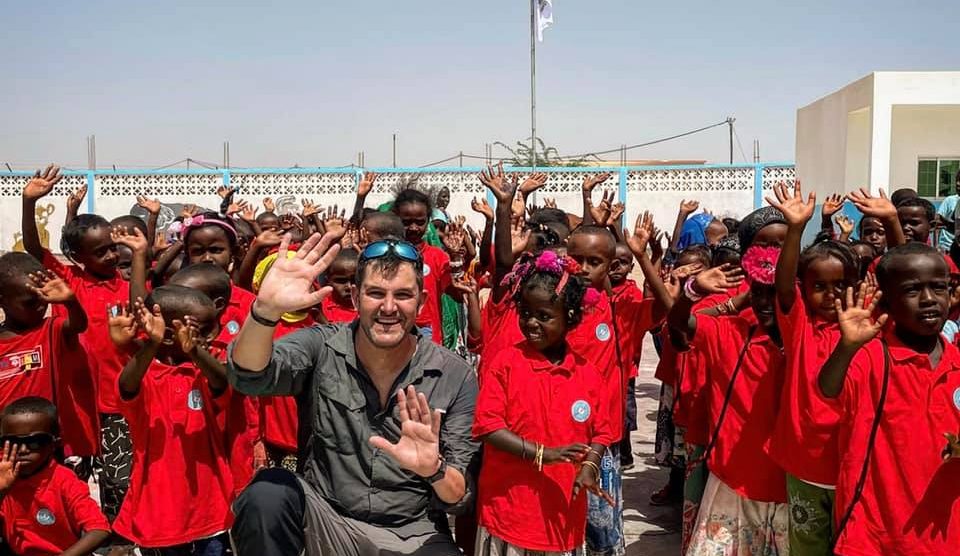 On the 14th May 2021 adventurer, bestselling author and army cadets national ambassador Jordan Wylie delivered on a promise he made to a little 7 year old boy in the small African state of Djibouti 3 years ago.

Jordan Wylie who has raised over 1 million pounds for charitable causes in the last decade including the $250,000 USD that went towards building and opening a new school in the Afar region on Friday, far out in the desert, not far far from the Somali and Ethiopian borders. In a small village around 3 hours from the main city, is a village called As’Eyla that very few people would of ever heard of, sits a cluster of children from countries such as Somalia, Ethiopia and of course Djibouti that may have never had the opportunity to access early years education.

In a region that holds the record for the hottest year round temperatures on earth and has seen more conflict and chaos on its borders than anywhere else perhaps, a new Earl years school was opened by the determined ex soldier from Blackpool, Lancashire. Jordan has been relentless in delivering his promise, his fundraising efforts have included running marathons through war zones (Iraq, Afghanistan, Somalia) rowing across some of the most dangerous ocean passages on earth and attempting to paddle around the U.K. and live at sea during a global pandemic.

All the blood, sweat and tears was worth it though last Friday when he was able to open a new school that he designed, fundraised for and delivered to these children. Jordan has worked with the national ministry of education who have supported Jordan’s efforts this month by providing 6 teachers, desks, chairs and additional resources for the early years classrooms.

Jordan was also able to organise a memorial football match in the village to celebrate the life of 9 year old Jordan Banks who also was from Blackpool who tragically lost his life last week. The two Jordan’s had met each other several times and both shred that spirit of adventure and will to leave the world a better place that they found it.

Jordan commented: “To deliver this promise is perhaps one of my greatest achievement in life along with being a dad to my own daughter. I truly believe that if you’re driven by passion and powered by a purpose that is much bigger than yourself than we can all achieve great things in our life and also challenge the perceptions of what is possible. Be the difference that makes a difference…”

Jordan will also be back on our screens when Hunted returns later this year. The popular cat and mouse show see’s Jordan as a hunter using his military training to capture the shows contestants.

Have your say on Andover conservation area
M.A.Y.B Salon gets a fresh cut of money from TVBC business grant