Burgos Pet World has had its grand opening today.

The pet store, which was well known for many years in London Street, now in George Yard in the former George Inn premises, was officially opened today by Cllr Iris Andersen.

The London Street store was closed back in 1989 and the family have waited 28 years to make a return to the town.

The store has still been running from it’s base in Appleshaw offering both an online and offline presence until they were finally able to make a return to Andover.

The owners & staff can offer personal advice on all aspects of animal care, as all hold qualifications in Animal Management.

Richard said ” We are really excited to be back in Andover, We have missed being part of the community and are pleased to be back to our roots “

Cllr Andersen said ” It is tremendous for a business to return to Andover after so many years and to re-open it’s doors, especially in the current climate “

You can find Burgos Pet world on Facebook here 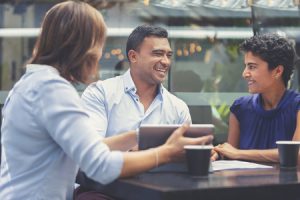