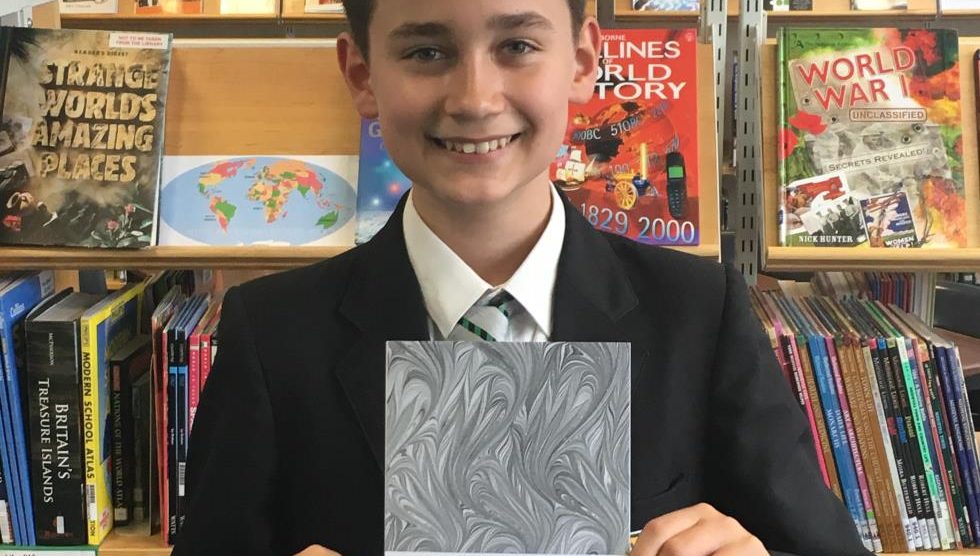 A 12 year old student from Harrow Way Community School has become a published author following the publication of his debut novel Lonely.

Year 7 Dmitrijs Meiksans wrote the short story which features his lead character Tom who discovers magical powers he uses to get revenge on a group of school bullies.

Dmitrijs’ book was inspired by many positive discussions and debates from his time in Year 6 at primary school. A self-confessed book lover whose favourite past time is to read said that he has always wanted to write a book commenting “It has always been an ambition of mine to hold a book in my hands which I have written. I felt I needed to get an important message out as bullying is not OK and anyone being bullied should always speak up.”

Lonely centres around three main characters, Tom, his best friend Jessie and a Mrs Lovely who all live in a fictional town called Clockton. Although Tom’s newly found magic initially gives him confidence and empowers him to deal with his bullies, things start to go wrong when the magic goes awry and Mrs Lovely becomes the not-so-lovely Mrs Lovely.

Having achieved his ambition of holding his own published works Dmitrijs is now busy writing the sequel to Lonely which he hopes will be out next year. In this second novel he will tell the story of how Tom and Jessie deal with Mrs Lovely and how this tests their friendship as things don’t always go to plan.

Commenting on his talented Year 7 student Mr Serridge, Harrow Way Headteacher said: “We are hugely proud of Dmitrijs. To meet a student at the tender age of 12, who not only has the talent to write a book but also create the front cover design and go through the entire self-publishing route, which can be quite complex is genuinely inspiring. I have little doubt with his talent and ambition, he will go far.”

Lonely is available in paperback and as an E-book at:

For further information on Harrow Way Community School, please call 01264 364533 or visit www.harroway.hants.sch.uk. Visits to the school by appointment are always welcome.