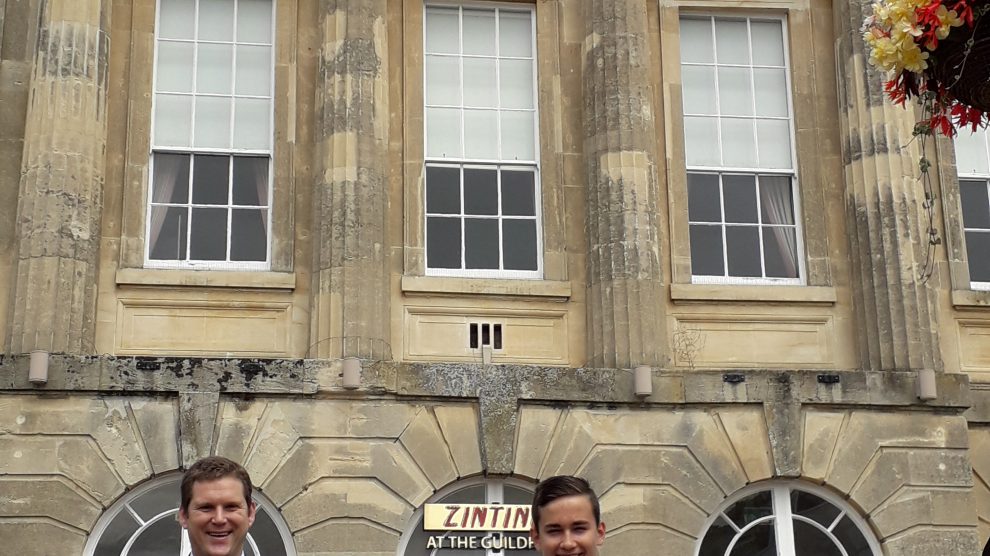 The Hampshire Youth Parliament has benefited from hundreds of pounds after being awarded a grant by Test Valley Borough Council.

Last week, the council awarded the funds to Member of Youth Parliament for North West Hampshire, Dmitrijs Meiksans, in Andover, to enable the Hampshire Youth Parliament to continue its responsibilities in representing thousands of young people across the county during the coronavirus pandemic.

A £500 cheque was presented to Dmitrijs by borough council leader, councillor Phil North, through the Councillor Community Grant scheme.

Councillor North, said: “Throughout the UK, the work that the Youth Parliament does in representing young people really is vital. They can often be those who aren’t heard enough when key decisions are being made, but it is their future. In Test Valley, we are keen to make sure we engage with all ages of our community members.

“It’s fantastic that we can help the Hampshire branch in continuing the work that they, and Dmitrijs do in ensuring our younger population have a voice that is heard.”

Dmitrijs Meiksans MYP said: “We are pleased to have received this generous support and grant from the borough as part of the Councillor Community Grant scheme, enabling me and my colleagues to make the most of our terms and make room for young people to be involved in conversations that revolve around them.”

The Test Valley Borough Council Councillor Community Grant scheme helps to fund community-led initiatives up to two-thirds of the overall cost. Local councillors allocate up to £1,000 to projects that they identify as meeting a need in the community based on feedback and ideas from residents.