As Andover is currently beset by rain, sailor Richard Mayon-White from Longparish has been forced to delay his bid to sail solo across the Atlantic due to conditions off the coast of Africa. [Read more...]

As Andover is currently beset by rain, sailor Richard Mayon-White from Longparish has been forced to delay his bid to sail solo across the Atlantic due to conditions off the coast of Africa.

Richard Mayon-White and his 21 ft (6.5m) yacht Haskapa is set to leave La Gomera tomorrow to resume his solo bid to follow the latitude of the Tropic 4 Cancer across the Atlantic. Richard was forced to put into the small Canary Island off the coast of Africa after he suffered damage to his mast in strong conditions. “The delay is very frustrating for me,” says Richard. “It puts me about 1000 miles behind where I could have been by now and also extends my planned arrival schedule.”

Richard will complete his track of the Tropic 4 Cancer and then finish the voyage in Antigua, West Indies, rather than Ft Lauderdale, Florida as previously planned. “At some point I have to get back to work!” he says.

Richard has made good use of his time as he waits for repairs to be made. “I’ve spent the morning sorting out my food supplies for the rest of the voyage,” he said yesterday. “I have a box which contains a week’s worth of rations stowed in a very accessible position. The remainder of the food supplies are stored in rather more inaccessible locations, but where they best help the trim and balance of the boat. As most of the time I hope to be sailing downwind, this means at the stern.” Richard suffered 30 knot winds and 3-4 metre waves several days into the start of his voyage, reluctantly deciding to stop off at the Canaries. “It would be silly to not get things sorted when I have the chance to do so, since this isn’t a race”, said Richard.

Richard, an experienced ocean sailor who has also already rowed double handed across the Atlantic, is aiming to raise £40,000 to be split equally between two great causes, the Sobell House Hospice in Oxford and the national charity Sail 4 Cancer, which gives respite to cancer sufferers and their families through days out on the water and sailing holidays. He is already more than half way to achieving that sum.

Richard’s progress can be tracked by logging onto his website at www.tropic4cancer.com and clicking on “Live Tracking”. This will update Richard’s position every 4 hours. Updates are also on Facebook and Twitter. 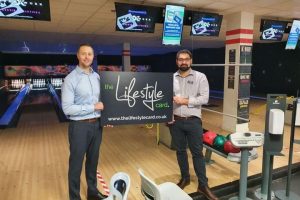