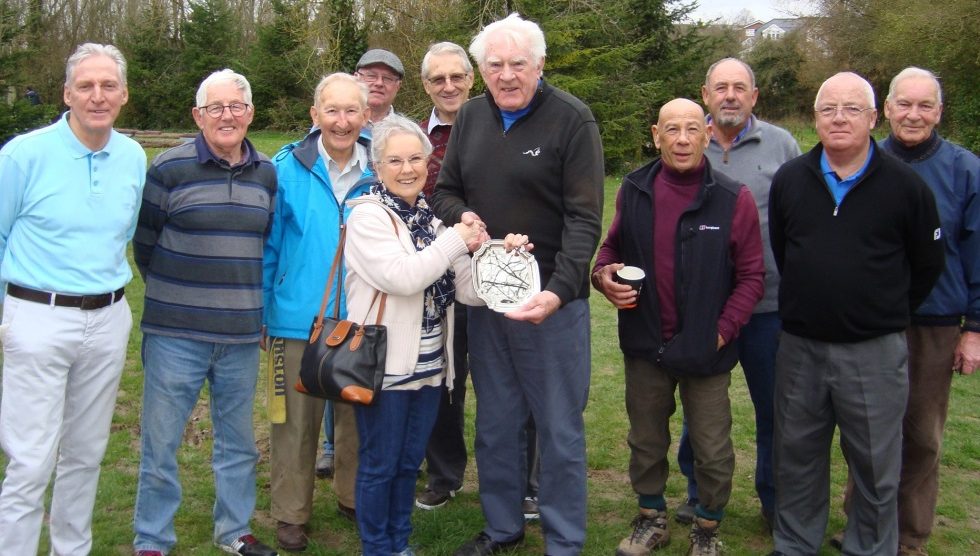 Alan Sellwood has won the first “Peter Barclay Salver” at the Charlton Lakes Golf Club after a narrowly won play-off.

Alan won the club’s Winter League on Saturday 31st March when he beat Richard (Rick) Poyser in the play-off after both players equal points at the conclusion of this six-month competition. The decider went to Alan 3-2.

The Winter League is a new match-play event for the Charlton Lakes Golf Club in which members play each other. The trophy is dedicated to Peter Barclay, a founder member of the club. who died in December.

Peter was a popular member of the club and a committee member.

A spokesperson for the club said “His humour and sportsmanship were admired by all and his presence is sorely missed.”

The Club was delighted that Gloria Barclay agreed to present her husband’s trophy to the first winner which was presented to Alan Sellwood on 7th April at the Charlton Lakes Golf Club.

You can find out more about the club at www.charltongolf.net.