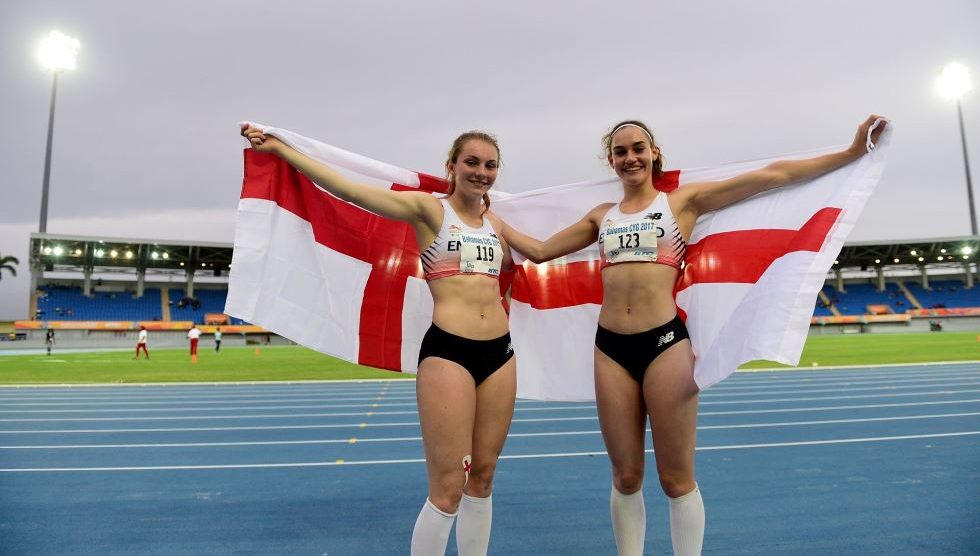 Team England opening ceremony flagbearer Holly Mills took the gold medal in the women’s long jump with a leap of 6.19m in her first round – one that proved unbeatable.

Teammate Lucy Hadaway from the City of York club claimed bronze with jump of 5.90m.

Holly said “I can’t put the last few days into words. First to carry the flag at the opening ceremony and now to win gold, it’s been unbelievable. When I won all the emotion came out, I was laughing, crying, I didn’t know what to do! I was ecstatic. It’s been the most amazing couple of days ever.”

Congratulations to Holly who took gold in the Bahamas last night!