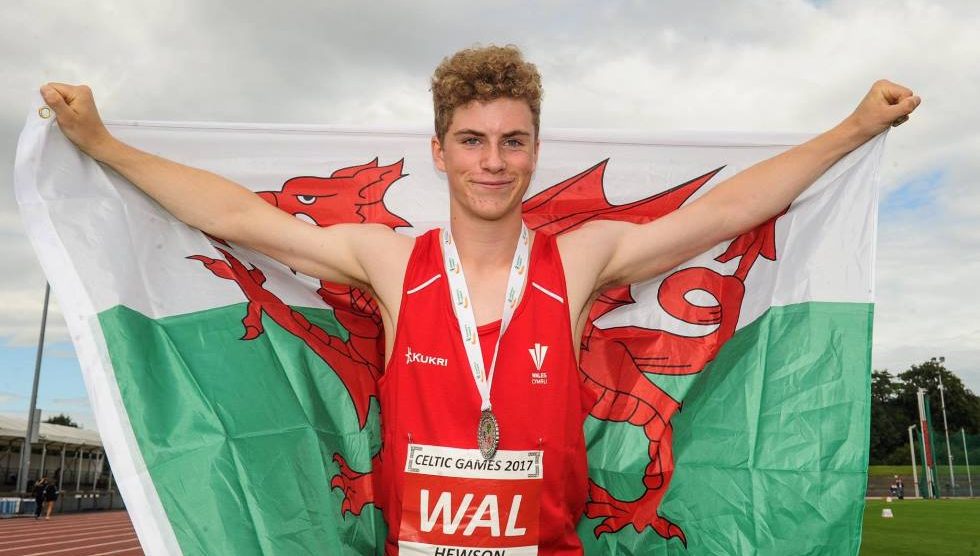 Andover AC athlete Tom Hewson was honoured to be selected by Wales to compete in the Celtic Games in Dublin on Saturday 5th August.

Tom’s father was born and raised in Bridgend, South Wales giving Tom the opportunity of being a registered Welsh athlete.

Andover’s medal winner was returning to the stadium in which he won the U17 boys javelin in the Schools International three weeks earlier.

The signs were good when Tom put in a massive warm up throw of over 70 m and he matched this with his fourth competitive throw of 71.66 m, enough for the Welsh National record and Celtic Games record for U18 javelin. Tom wasn’t finished though – his final throw of 74.06 m beat the Welsh National record set in 1979 by over 3.5 m. It puts him 2nd in the all-time list of UK U17 throwers, 6th in the current U18 European standings and 12th in the U18 word standings.

Tom grandparents, Ken and Marion Hewson, were there to support and “couldn’t be prouder”. Ken Hewson, now 79, also threw the javelin in his youth, once clearing the perimeter fence of his school in Margam, South Wales, but did not have the same opportunities to develop his talents.

Tom credits his stunning season to meticulous preparation planned by Andover javelin coach Mark Bradford. He is also very grateful for support from the Hampshire organisation “Energise Me” and his school, John Hanson, through its Randall Parker Foods bursary fund.