Andover New Street Football Club is a football club based in Andover, Hampshire and are currently members of the Wessex League Division One.

The club was originally established in the 1890s as St Mary’s Youth by the vicar of St Mary’s Church, though they were later renamed as New Street in 1895. They continued under this name until disbanding in the 1950s only to be reformed once again in 1961.

Ground:
Andover New Street originally played their home games at Walled Meadow and then had spells at London Road and the Drove, before then moving to their current home Foxcotte Park in 1992. The record attendance for an Andover New Street game is 240.

Directions: Leave A303 at the Weyhill Junction (A342) and after crossing A303 take the 2nd exit at large roundabout across the face of the Premier Inn Hotel towards Ludgershall. Approx. ½ mile turn right into Short Lane (marked Pentons) and continue into Harroway Lane and to the T junction at the top. Turn right in to Foxcotte Lane and after ¾ mile turn left – which is still Foxcotte At the next roundabout go straight across into the ground.

If you enjoy your football news then head on over to Squawka.com 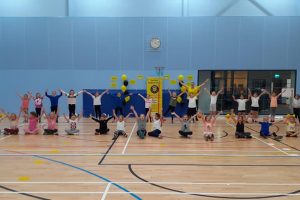 Andover Town FC ask for donations for the Andover Foodbank