289 people, 11 short of the current capacity, graced The Portway on Tuesday for a local derby that had goals, entertainment, some good football and a somewhat bizarre ending… Town two nil down at the break, came back in the second half to take the points and gain local bragging rights.

On a pleasantly mild evening the visitors were first to show with Brett Denham stopped by a last ditch challenge from Owen Trapnell and the same player then made a saving header to foil Connor Thorne. New Street keeper Sean O’Brien had to leave his area to head away a through ball and Ben Dillon was stopped by weight of numbers before New Street returned to the attack.

Denham forced keeper Dease Kerrison to go full length to push away a low drive with Shane Lock’s follow up deflected for a corner. Back to the other end and O’Brien denied Josh Berti and Harry Barkaway at close range with the latter then cautioned for some childish petulance.

Matt Scott sent Denham clear again with the keeper’s legs rescuing his side and Kerrison then saved well from Danny Urry before Street made the breakthrough with half an hour gone, The ball was played down the inside right channel and Urry produced a superb dipping drive that gave Kerrison no chance.

Street lost former Town player Alex Dockree to injury, with Scott Kinge coming on, and in an Andover attack Josh Hewson pulled his shot wide of the far post. Kerrison saved from Urry and Lock in quick succession, the second at the expense of a corner which was to prove costly.

Lock swung the kick in to the area and Kinge, far from the tallest in the throng, sent a header high into the roof of the net. Two nil, four minutes to the break and still time for Hewson and Denham to further test the respective keepers before the interval.

The first threat on the re-start came from the pace of Hewson – surely better employed down the middle – but there were no blue shirts in the box to meet the cross before the home side’s defence endured an almost chaotic five minutes. Kerrison dropped a long free kick under little pressure and in the ensuing scramble a defender sliced the ball inches wide of his own post.

A Denham header from the corner was too straight and when they were awarded a free kick, and a chance to relieve the pressure, Kerrison completely missed his full back and sent the ball straight in to touch. Lock was close from a corner before with ten minutes gone the deficit was halved.

Again, Hewson’s pace took him clear, the advancing O’Brien half stopped the ball with his legs and then saw it to roll agonisingly slowly inside the far post. The home side were now the dominant force and after Hewson won another corner and Adam Pattison saw a header well saved another scramble saw a handball in the area and Tom Pattison made no mistake from the spot.

Substitutes began arriving in the same numbers as the Cavalry and both Tom Pattison and Barkaway went close for the home side  before with a little more than fifteen minutes remaining the visitors were reduced to ten men when Danny Field received a second caution for a rather blatant shirt tug that halted an attack.

An effort from Street substitute Ally McCracken bought the best out of Kerrigan before Town were awarded a second penalty. There was no doubting that Scott’s challenge was a foul though to many it looked outside the area but the Assistant seemingly convinced the referee otherwise and TOM PATTISON converted the penalty with the same aplomb as his earlier effort.

With the ninety minutes virtually up came chaos and confusion as O’Brien blocked a shot and there was a mighty scrimmage in the area of the “D” that resulted in a red card for Street’s Connor Thorne – the reason for same was difficult to see – and further lengthy “conversation” ended with Scott and Kinge heading for the Sin Bin and New Street reduced to seven players.

Into stoppage time – something like nine minutes – and Barkaway scored a fourth in a goalmouth scramble before Adam Pattison put the icing on the cake for the Angel Call Handling sponsored home side with a fifth goal as Street suffered for the lack of numbers.

It was a game that Street dominated before the break and were deservedly ahead and whilst TOWN picked their game up in the second half Street’s discipline – or lack of same – contributed to the slightly exaggerated scoreline.

It was never a nasty game and the referee did his best to keep things moving and it was entertaining and leaves Town in third place in the albeit fledgling table. 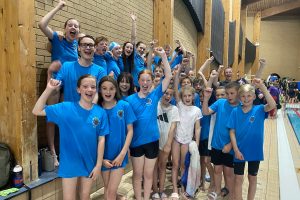 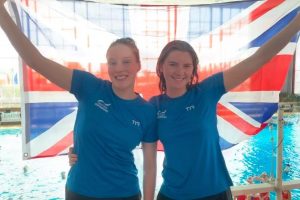 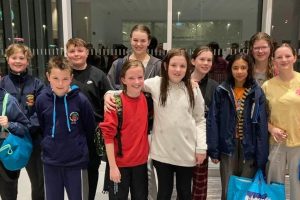