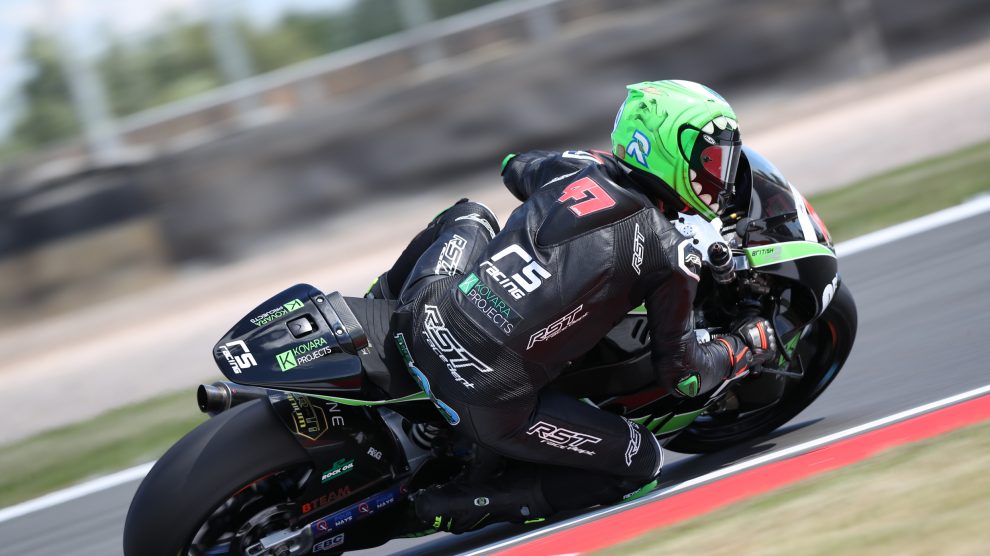 The 20-year-old former British Moto3 Champion will start with a wildcard appearance in the Moto2 European Championship in Estoril on 7th July.

The opening round of the Dorna run series gets underway at the Circuito do Estoril. The team is fully supported once again by Kovara Projects and run by Ryan Saxelby’s RS Racing.

After completing two days of testing the serious business of qualifying will take place on the Monday 6th July with racing undertaken the following day.

There will be two 18 lap races of the 2.6-mile circuit noted for its almost 1-kilometre long start finish straight.

In order to be fully up to speed for when the British Superbike GP2 series starts, Archer will also be featuring at round 2 of the Moto2 European Championship at the Autodromo Algarve just under a week later.

The quality of the opposition in Portugal will be quite breath-taking with many riders having huge amount of experience. Xavier Cardelus has ridden at World Moto2 level, Niki Tuuli stood on the podium in this championship four times last year, Adam Norrodin rode at World Moto3 and Moto2 level, Alessandro Zaconne is a race winner from 2019 and Archer’s team mate for the two Moto2 European Championship rounds is World Supersport rider Kyle Smith.

Rather than the familiar 47, Jake will be sporting the number 4 on his Moto2 Kalex machine for the races in the FIM CEV Moto2 European Championship.

Jake Archer said, ”I cannot wait to get out and get some competitive track time. I am a racer and that is what I want to do but obviously with the pandemic you have to put things in perspective. Now I can look forward to starting the 2020 season with a couple of very competitive races in Portugal before taking on the British GP 2 championship in August.”