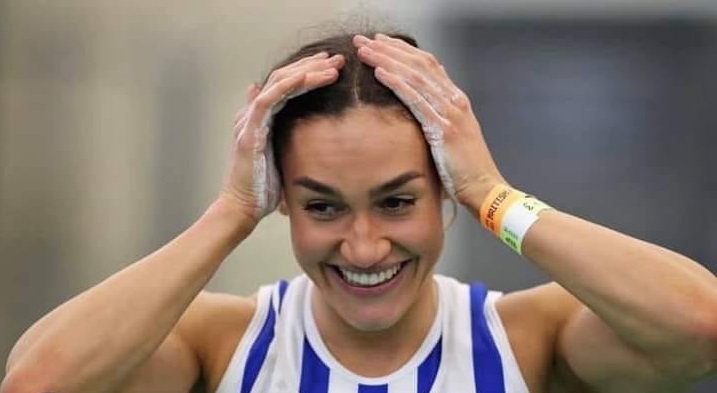 Mills was the star of the show on the track and in the filed events, posting a personal best score of 4557 points, including two personal best event scores to win the women’s pentathlon, moving third on the 2021 European rankings and up to fifth on the all-time British list.

Mills kicked off the day with victory in the 60m hurdles in 8.22s, one hundredth outside her PB, before an eight centimetre season’s best in the high jump of 1.73m was followed by a huge 70cm shot put PB of 14.03m, moving her 143 points clear after 3 events.

A 6.02m best in the long jump helped maintain her lead at the top of the standings before she rounded off her competition with a 2:12.07 life time best over 800m to secure victory by nearly 300 points.

After the long day of competition mills said “The hurdles was 0.01 off my PB which I set last weekend so between this year and last year I’ve brought it down two tenths. It’s amazing but we still know there is more there. The high jump was five centimetres off my PB, but we’ve changed so much with my high jump technique, I’m pleased with that. It was a big improvement on last week.

“The 800m was very painful – I got lactic on lap two and I was just telling myself ‘Hold on!’ It came through as a PB. There are quite a few PB’s in there altogether. I know I’m in shape, so it could be better, but it is very exciting.

“Coming into this event we were aiming to get over 4400 points, so to get over 4500 is exceeding our expectations. Me and my coach, Laura Turner-Alleyne, are so happy. Hopefully I’ll be at the Europeans in a couple of weeks to add some more points to that tally” 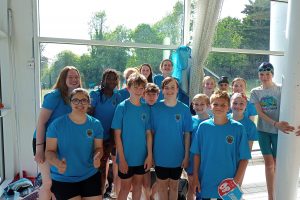 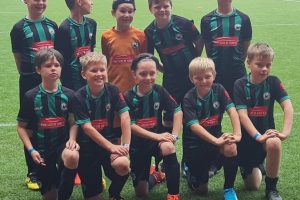 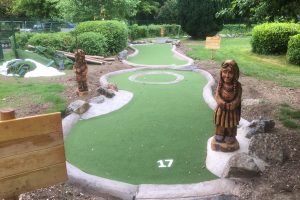 Adventure golf has tee’d off at Charlton lakeside