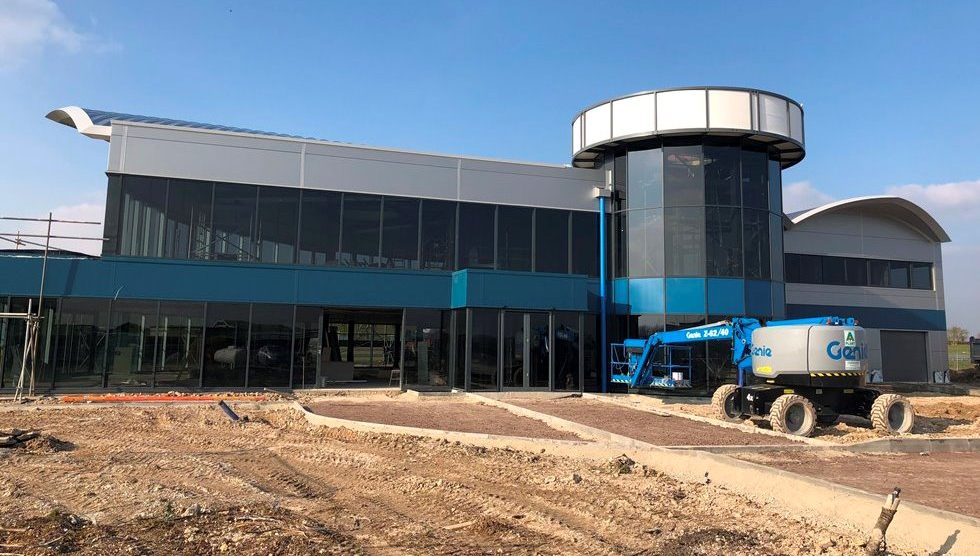 The official opening takes place at 12:00pm on Sunday, 3 June by the 31-time Grand Prix-winner and 1992 Formula 1 World Champion Mansell, alongside his lifelong friend and semi-retired motorsport commentator and journalist, Walker.

Thruxton’s flagship hospitality building is the latest addition to the venue as part of a comprehensive modernisation programme. The fully-catered facility will comprise a new restaurant and bar, exhibition space, function rooms, hosting suites and outside viewing terrace.

Thruxton’s 50th Anniversary Celebration will take place over the weekend of 2/3 June, featuring 15 races as well as high-speed demonstrations from Williams’ 1983 FW08C and other iconic racing cars and bikes. As the stars of the eagerly-anticipated inauguration of The Thruxton Centre, Mansell and Walker will be amongst the high-profile guests, and both spoke warmly about the popular Hampshire track – the quickest in the country.

Mansell said “I remember Thruxton very fondly from my early racing days, as a very fast, demanding circuit where I enjoyed several exciting and successful races.”

Walker added “I’ve been commentating at Thruxton since the early 1950s, notably at motorcycle races, the great Formula Two events and the thrilling British Touring Car Championship. I love its friendly atmosphere and am honoured to join my mate Nigel for the opening of this superb new building.”

Between them, the pair tallied no fewer than 21 podium finishes that year, with Mansell clinching the coveted Drivers’ crown as early as the Hungarian Grand Prix in August – a record at the time.

“They are both absolute motorsport royalty, not only in Britain but all around the world, and I am sure they will prove to be a huge draw at our 50th Anniversary Celebration. The new facility will truly enhance the Thruxton offering for racegoers, manufacturers and corporate guests alike.

“For fans to also get the opportunity to see the Williams FW14B – one of the most dominant cars in the sport’s history – in the flesh will be a rare treat, and strengthens the team’s presence at the event alongside the FW08C, which we announced earlier this month. Better yet, there’s much, much more still to come – so watch this space!”

The first motorsport event to be held at Thruxton in the venue’s current guise was in March, 1968 and half-a-century on, a whole host of single-seaters, sportscars and saloons from the last five decades will hit the track for a spirited sprint down memory lane at the circuit’s 50th Anniversary Celebration.

Away from the race programme, there will be a raft of eye-catching demo runs, static displays and car club reunions, as well as a funfair, live music, overnight camping and a fireworks display in evidence of the festival’s family-friendly appeal.

Advance tickets for Thruxton’s 50th Anniversary Celebration on 2/3 June are available from just £12 for Saturday entry and £15 for Sunday – or £24 for both days. Sunday grandstand seats are an additional £5. Accompanied children aged 15 and under will be admitted free of charge.

For further information or to buy tickets, see https://thruxtonracing.co.uk/racing/50th-anniversary or call 01264 882200 and select Option 1.

It’s all kicking off in Andover!
Town go down in top of table clash