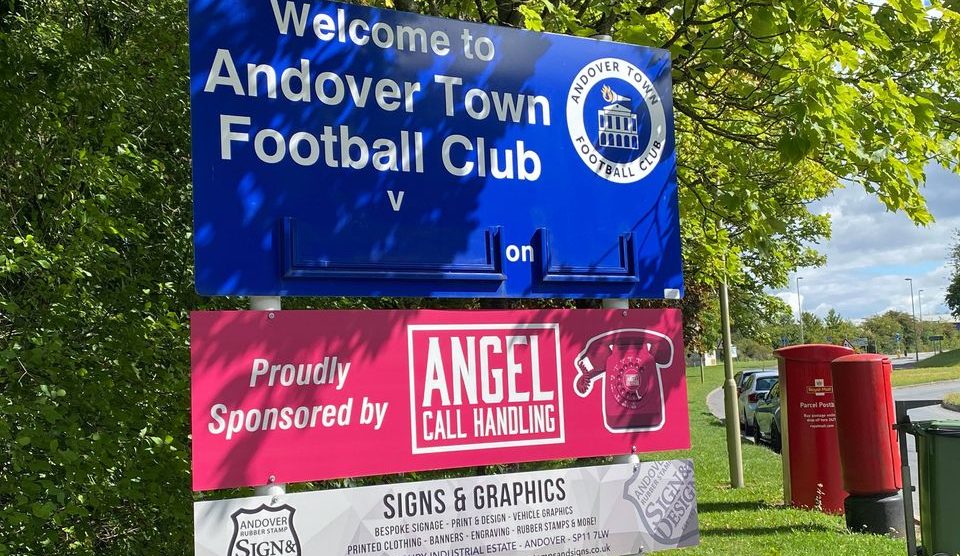 Andover produced a greatly improved display from their defeat at the weekend and perhaps just shaded the game overall, but it was heartbreak for Bournemouth as they exited a second Competition on penalties in this still fledgling season.

The visitors started the better and it was against the run of play when the home side took the lead after just seven minutes. There seemed little danger as Ben Emans cut in from the right but his low shot went across goalkeeper Kasper Kowalczyk and inside the far post.

Andover’s Tom Pattison saw a shot turned round the post and at the other end a long run by Niall Johnstone won a corner that was well cleared by goalkeeper Deese Kerrison before the visitors Ethan Fishlock curled an effort just past the far post.

Pattison  sent Josh Berti clear but the shot was blocked  and Andover escaped when defender and goalkeeper left the ball to each other with Kerrison recovering in time to deny Jamie Wilson. Wilson was a threat on both flanks and midway through the half his low cross caused some confusion in the area and Martin Warren stabbed the ball home at the second attempt to bring the scores level.

Andover rather wasted a free kick – it looked like a training ground move that did not work – but threatened again when the pace of Josh Hewson took him clear on the left but the angle was too narrow and his shot was saved at the expense of a corner. Emans was only narrowly wide with a repeat of his earlier effort and the last action of the half saw a thirty yard piledriver from Bournemouth’s Liam House rebound back off the crossbar with the keeper well beaten.

On the re-start Hewson showed his pace again but was foiled by Kowalczyk quickly narrowing the angle. A long run by Poppies’ Jamie Trimble ended with him being felled on the corner of the area  but the free kick came to nothing and the first, and only, caution of the evening fell to Bournemouth’s Aaron Matthews for a challenge on the touchline, and to add insult to injury he was then promptly substituted.

Andover were beginning to dominate proceedings with Emans denied by a fine save and Berti’s pleas for a penalty when going down in the area falling on deaf ears. Kowalczyk was at full stretch to push away a Pattison shot but was rescued by his defence when he came and did not reach a cross with the ball eventually being cleared from almost under the bar. With Kerrison a virtual spectator, Andover’s persistence and pressure was rewarded with some ten minutes remaining as Josh Berti slotted Pattison’s through ball past the advancing goalkeeper.

In a sense Andover virtually declared at that point with the substitution of their front three of Emans, Berti and Hewson – the latter would surely be more effective in a central role – raising thoughts of the affect any possible penalty shoot out. That possibility became reality two minutes from time when the home defence failed to deal with a bouncing ball and Jamie Wilsn levelled the scores and after Bournemouth had survived two corners in quick succession the referee signalled the end of the ninety minutes.

Bournemouth went first in the penalty shoot out and both sides scored four out of four with neither goalkeeper touching the ball before Wilson went against the norm by attempting to chip the keeper as he dived only for the ball to strike the crossbar. Hard on the Poppies skipper who had enjoyed a fine evening but it was also apt that Owen Trapnell, one of the heartbeats of the Andover side, scored penalty number five to send the home side in to Round Two and a trip to East Cowes Vics.

A very enjoyable game and mention of referee Skeates. His first game at this level and an assured performance which was accepted throughout by the players of both sides – no niggle, no dissent. It can be done! 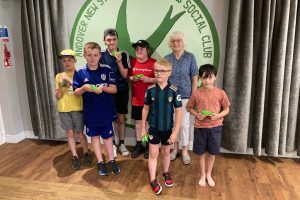 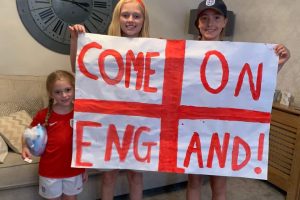 ‘Wonder goal’ from May in Shooters’ match
Kick start the mind