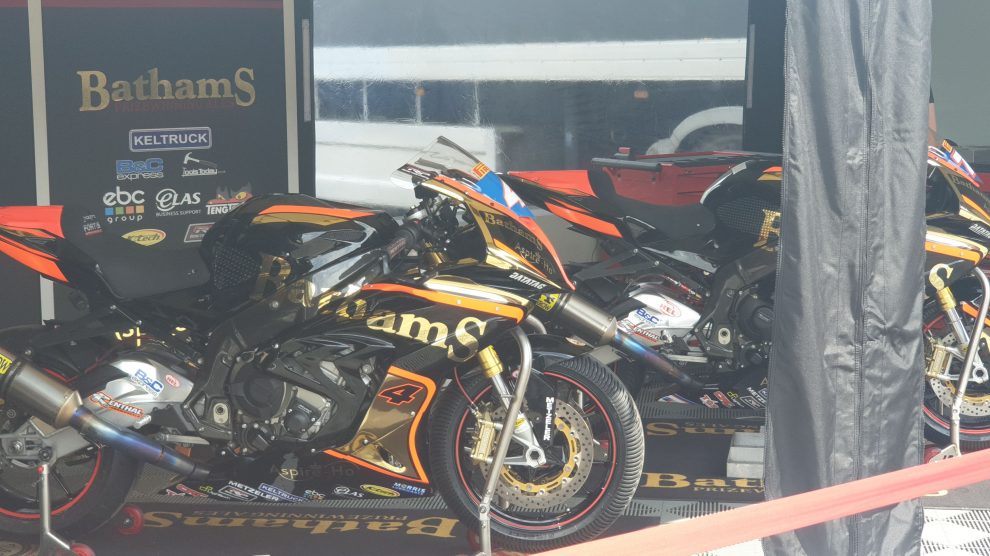 Round seven of the 2019 Bennetts British Superbike (BSB) Championship is at Thruxton Race Circuit from tomorrow (Friday 2nd August).

The circuit is home to the halfway point in the calendar (13 down, 14 to go).

The 2.4 mile ex-Second World War airfield is the fastest and harshest on the tyres in the race calendar. Bike are expected to get close to 200mph around the race track.

Over 20,000 people are expected at the circuit over the weekend, with parts of the racing being shown on Eurosport and highlights on ITV4.

Tommy told local radio station 95.9FM Andover Radio, “Thruxton is hellraising shall we say, the circuit is so fast, the racing is always very close and it’s a unique place like no other on the BSB calendar.

“You go through Church (a corner) flat out in fifth gear, back one gear then flat out again you’re probably coming round Church at 130 miles per hour on two wheels and as soon as you come out you’re wheel spinning, so it is a very unique circuit for definite.”

Last time out at Snetterton, it was Scott with the double wins – his fifth and sixth of the year – and at a circuit where he’d only visited once before. Despite being geographically closest to his Gloucester home, the 26 year old has never raced at Thruxton before.

Earlier today Andover Radio also spoke to 25 year old Danny Kent who has been racing since 7 years old, again today is his first time at Thruxton.

Tickets for the event are from just £5 and are available on the gate, or online by clicking here.

Andover Radio will have family tickets to give away for the venue’s next big event, the Kwik Fit British Touring Car Championships in the next two weeks.

REPORT: BSB Superbikes at Thruxton
What’s on at Andover Museum this Summer