Police are keen to trace a woman who has gone missing from a hospital in the Durham area and is believed to be in Hampshire. [Read more...]

Police are keen to trace a woman who has gone missing from a hospital in the Durham area and is believed to be in Hampshire.

Rachel Carter, aged 46, was last seen at Lanchester Road Hospital, on the outskirts of Durham City, on Saturday, May 4.

Since then she is believed to have been in Newcastle, Carlisle and Stokesley in North Yorkshire and the Brighton area.

She is described as 6ft tall, of “buxom build,” with brown bobbed hair. She wears spectacles and when last seen was wearing an orange knee-length summer-style coat and a blue and white horizontal-striped top. She was carrying a small overnight bag.

Inspector Ian Sturrock said: “This lady’s family are very concerned for her well- being. She has been missing for more than two weeks and requires medication which she does not have with her.”

“I would appeal to her to make contact with her family and to anyone who thinks they have seen her, or who has any information regarding her whereabouts, to contact Durham Constabulary via the non-emergency number 101.” 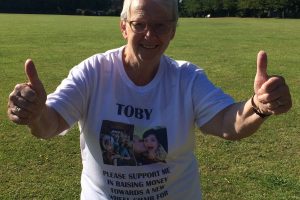