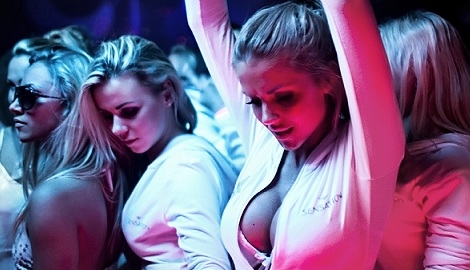 The Ministry of Defence has distributed an official guide to the best strip clubs in Tallinn, Estonia.

A Freedom of Information (FoI) request by the BBC reveals the ‘Tallinn Guide for Friendly Forces’ was issued to troops working on ‘Exercise Steadfast Javelin’ (also known as Exercise Hedgehog) in May 2015.

The booklet, which was one of several handed out, listed three Tallinn strip joints and even advised troops on which venue had the most arresting maidens.

Lasso Bar, for example, is described as a “big strip bar with one of the prettiest dancers,” while another, named Soho, is noted for being the “biggest strip club in Estonia.”

The department did not disclose how the leaflet was distributed, who wrote it or whether it would be used in the future.

“According to the information received from the Estonian Defense Forces this is not an official document produced by or for the Government of Estonia,” the Estonian Embassy told the BBC.

The MOD claim the guide was intended to prevent Britain’s bravest from, ahem, meeting a sticky end.