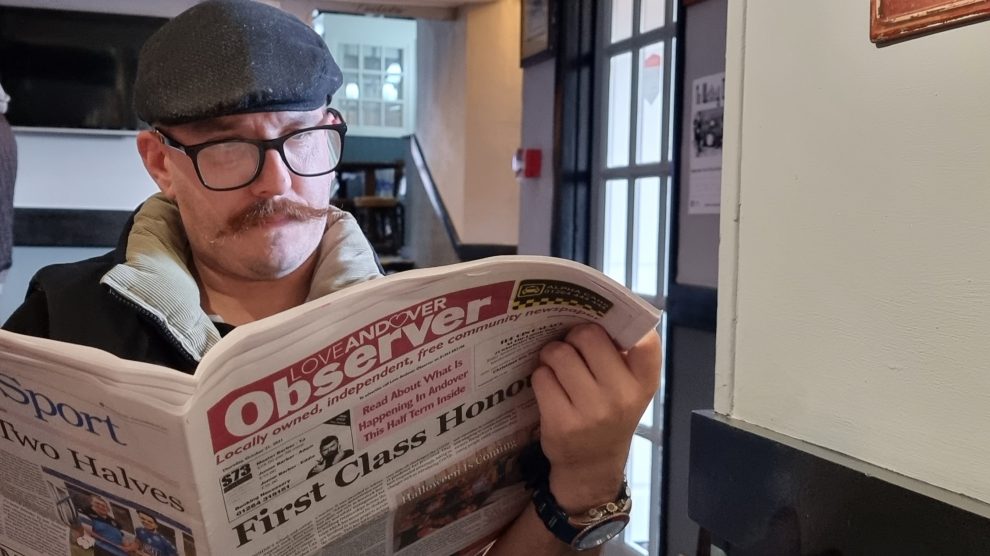 Andover’s local radio station and newspaper has a new boss.

Ben will now oversee the company brand profile which includes the many existing ‘Love Andover’ platforms and the hugely successful Love Andover Observer newspaper. He will also guide the direction of the company’s new digital media outlets.

Ben says, “We have created and run the town’s most engaging events recently, and that’s all thanks to our astounding team of volunteers and the committed management team.

“We already reach audiences in their tens of thousands of Andover residents each week across all media and I am really looking forward to developing the company’s new and exciting opportunities”.

Andover Radio launched in 2016 and remains as a non-profit organisation with broadcasting licence from the UK government Office of Communications (Ofcom).

Since Ben officially joined the company board in 2019, the organisation has become the town’s biggest provider of large events and the biggest advertising outlet for local business, using traditional radio, print, outdoor and online media.

Before its official on-air launch, Andover Radio orchestrated the landing of an Apache helicopter in Vigo Park for Armed Forces Day.  It has run the huge event for the three years before Covid restrictions hit.  It has since launched the Love Andover Observer newspaper.

Ben has recently helped launch the Andover Inspiration Awards.  Nominations are being invited by clicking here.

Outgoing MD David Harber says, “I adore Ben, his creative thinking – and his funny moustache. He has been with the company since the very start and his increasing influence has been felt throughout the organisation and the town.

“Ben is a natural fit into this role as he lives and breathes the town. As we all navigate our way through the difficult commercial environment in which we work, Ben’s knowledge and skill will be essential to our listeners, readers and stakeholders.

David Harber who remains as a company director adds, “Ben might be a ‘red’… he’s a Liverpool supporter, against my Chelsea blue colours, but…

“While I hope for a Chelsea win in the Cup on 27th February, I look forward to seeing Ben develop exciting new ways for listeners and readers to win from his new direction with the company”.

What is an Energy Cap and How Does it Affect ME?
Andover SoapBox Derby coming soon