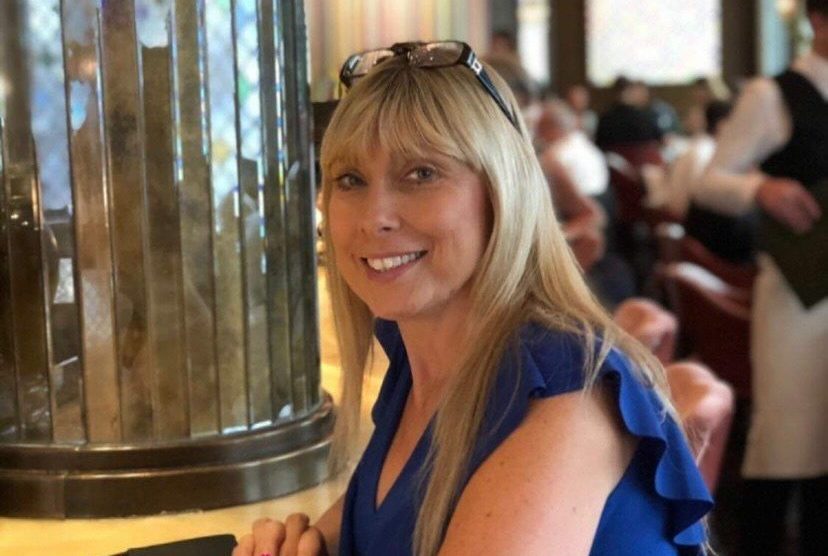 With women making up over half the population and over 13 million pre/post and menopausal woman in the UK alone, it seems only right that this ‘taboo’ subject of menopause is addressed on a national scale to gauge a better understanding.

For many people, the term menopause creates visions of hot flushes and mood swings.

But there is much more to this stage in any woman’s life, and as it was World Menopause Day this month on 18th October, it is the ideal time to highlight and raise awareness of the symptoms.

And who better to talk about it than Andover’s very own Menopause blogger, Claire Hattrick. 54- year- old Claire, a part-time beauty therapist, began blogging from her home in Charlton when the country found itself at standstill. 2020 was a tough year for lots of businesses and for Claire that meant she had to shut up shop.

Being a single mum to now grown-up, identical twins, Claire has a wealth of knowledge and experiences when it comes to family life. Her daughters Abby and Beth, both supported and encouraged Claire to use her knowledge and expertise to benefit others by sharing her insightful blogs.

Claire’s daughters were the cogs behind the creation of ‘Clipboard Claire’ an online blog, which is spilt into 3 sections all focusing on supporting women with a variety of issues, but what “really hit off” Claire told Andover Radio, was ‘The Menopause lounge’

So, what exactly is menopause? Menopause is a natural part of the ageing process and refers to when a woman stops having periods and the ovaries completely stop producing reproductive hormones.

The actual menopause only lasts for one day, the year anniversary from your last period but the hormonal changes can last anything on average from 2-10 years. Through blogging, Claire realised that there were “many women out there who were struggling and needed support”

There is no definite age when women begin hormonal changes and the signs of the menopause vary hugely from one woman to the next, as does their severity. Speaking to Andover Radio, Claire said “I didn’t get hot flushes or any of the traditional symptoms. I did however have a really horrendous journey with it. I was hit with joint issues, which affected my work. It meant that at times I could barely walk or stand up. These things are not talked about, its not just the flushes”

“From blogging I discovered that women are leaving really high paid jobs because either their employers don’t understand or that they thing they have early dementia, when in fact its menopausal brain fog

For many women they are able to pass through this stage without any major issues, whereas of others it can be deliberating. Claire has recently launched a help guide book, for men, women, employers and such like to use as a menopause bible.

‘Menopause Help- Before, during and after’ was written by Claire in the hope that it can take some pressure off the NHS. Claire believes that if people understood it more women would be able to be better educated about what’s happening to their body and wouldn’t use NHS resources as much.

Claire’s hope is that the book is given out to women in their late 30s “maybe after a smear test” to prepare them.

“The NHS is at breaking point, if each woman knew there were 34 main symptoms of menopause they would know what to look out for and could receive they help they needed faster, therefore freeing up members of the NHS.”

Claire who has featured alongside Davina Macall recognises that without women being better educated, we can’t expect men to understand. Throughout her book she focuses on support being the main help.

As an employer there are many small changes you can make, which will have a huge positive impact on the working environment. Claire suggests things like moving tables nearer to windows or being there to listen.

Claire has had an overwhelming amount of support from the local GPs, and local business Bulpitt Print Ltd as well as reaching out to the likes of Anther Turner. “It’s about getting the message out there because before you know it you’re in the thick of it”

On the 29th October, Claire will be heading up to London to support the passing on a Bill, which will hopefully see hormone changes be taught in schools, HRT to be free to menopausal woman and there to me a menopause workplace policy.

We wish Claire the best of luck and if you wish to pre order her book “Menopause Help; Before During and After” It is now available on her website www.cliboardclaire.com for £14.99