Following our recent call to the people of Andover to give their views on the circus led by Andover’s independent town councillors, the lack of interest garnered means this no longer merits time or effort.

A Facebook poll asking if people thought Andover ‘Clown’ council should be abolished provoked such a derisory response, it only proves few people care or have an interest the actions of the parish council.

Only 170 people provided a response to a poll, (at the time of writing, 111 people want to abolish the town council, 60 support the local authority).

‘Clowncillors’ David Coole and Lauren Banville could source no meaningful retort, aside from using personal attacks and insults to justify their position.

We will not join their games.

At the weekend, highly decorated former soldier Trevor Coult MC, released a video with his thoughts on the antics of the ‘clown council’. He said, “Andover is a great little town… Since David (Coole) got elected … [he] turned his back on the very party that got him elected.

“Nothing is being done… to help veterans.”

“Stand down and resign… you’ve formed a little party within a party and its a disgrace.”

The Military Cross recipient said nothing is being done in Andover to help veterans and “none of the projects are going through”. He calls for David Coole’s resignation.

Billy McLeod, CEO of hugely respected Andover-based national charity Veterans in Action (VIA) said, “I was going to apply for a grant to help veterans but I am not going to belittle myself to be turned down by some REMF (sic) officer who has no clue about helping veterans.” Coole has previously claimed to be a retired army Major.

As organisers of Armed Forces Day, an event which connects the military community with residents of Andover every June – because of the actions of a few – we will not seek Andover town council’s involvement.

Today we note that an anonymous person has created a petition to abolish Andover town council.

Whereas Trevor Coult MC has the last word, we hope Andover town council learns to represent the people of who voted them in and our military veterans.

Until that time, we’ll leave Andover town council alone to perform in their big top.

Who is Trevor Coult MC?

Christmas will still twinkle in Andover 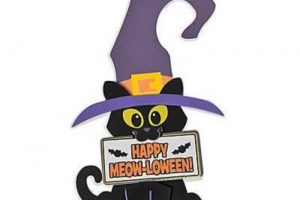 Is Trick or treating allowed this year?

Are you ready to ‘Switch On’ Christmas?
Andover Community Christmas day lunch 2019