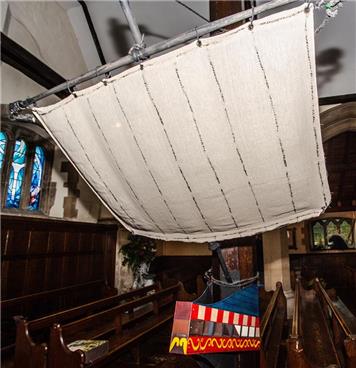 A celebratory flower festival highlighting The Mayflower and Pilgrim Stephen Hopkins of Upper Clatford took place on the weekend of 7th and 8th August at All Saints Church in Upper Clatford.

This fantastic flower festival is a belated celebration of the sailing of The Mayflower in 1620.

2021 marks the 440th anniversary of the baptism of Pilgrim Stephen Hopkins at All Saints Church in 1581.

After his humble beginnings in Upper Clatford the superb display traces a most adventurous life which lay ahead of him, even before he boarded The Mayflower.

Stephen Hopkins was the only passenger on The Mayflower to have had prior New World experience, having been shipwrecked in Bermuda in 1609, and arrived at Jamestown, Virginia in May 1610. He left Jamestown four years later, and returned to England.

Once back in England he took up residence in London and married his second wife Elizabeth Fisher, following the sudden death of his first wife, Mary, in May 1613. Stephen Hopkins dramatic experience of shipwreck on a ship called Sea Venture is widely believed to be the inspiration behind William Shakespeare’s classic play The Tempest, which was first performed in 1611. The play depicts the experience of a group of passengers being shipwrecked by a mighty storm. A subplot involves a comic character called Stephano, who tries to take over as leader of the island. It is possible that Stephano is based on Stephen Hopkins.

The classic tale will be bought to life when the film Stephano – The True Story Of Shakespeare’s Shipwreck – is shown at Upper Clatford Village Hall on Wednesday 6th October. The performance starts at 7.30pm.

This was a wonderful display of blooms, depicting a fascinating story. Two of the many highlights of this fantastic festival included The Mayflower by David Reynolds. The model is made from 70,000 matches and took 900 hours to build over a period of two years, and was originally made for The Mayflower 400 events for 2020. In the Meadow Room was fantastic art work including two collaborative pastel pictures based on Mayflower by Bernard Gribble and The Pilgrim Fathers, Men Of The Mayflower by Ron Embleton, created by Lynne Pugh’s art group. Each small section of the picture was assigned to an art class member to work on alone.

In all, over 300 visitors came to All Saints’ over the two days, and over £2,500 was raised towards the Roof Refurbishment Project.

If you missed it, it is not too late to see and appreciate the amazing work of the very talented and generous residents who spent many weeks planning this event and then creating the extraordinary displays. The film of the Flower Festival by John Baxter can be seen here – https://youtu.be/mVBZ_DhaH50.

If you want to make a donation to the Roof Fund (which currently stands at approximately £50,000), or follow their progress, you can find all the information at https://www.hugofox.com/community/upper-clatford-15048/all-saints-roof-restoration-project/

A new series of art classes are being held by Lynne Pugh at Upper Clatford Village Hall from Friday 17th September. For more information please go to www lynnepugh . co.uk. 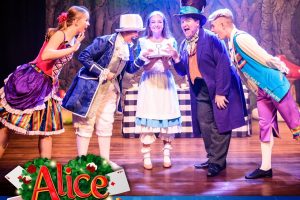 Family friendly fun with Alice in Wonderland at The Lights 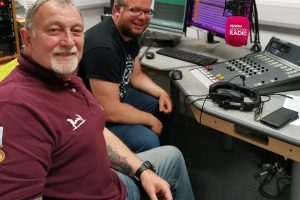