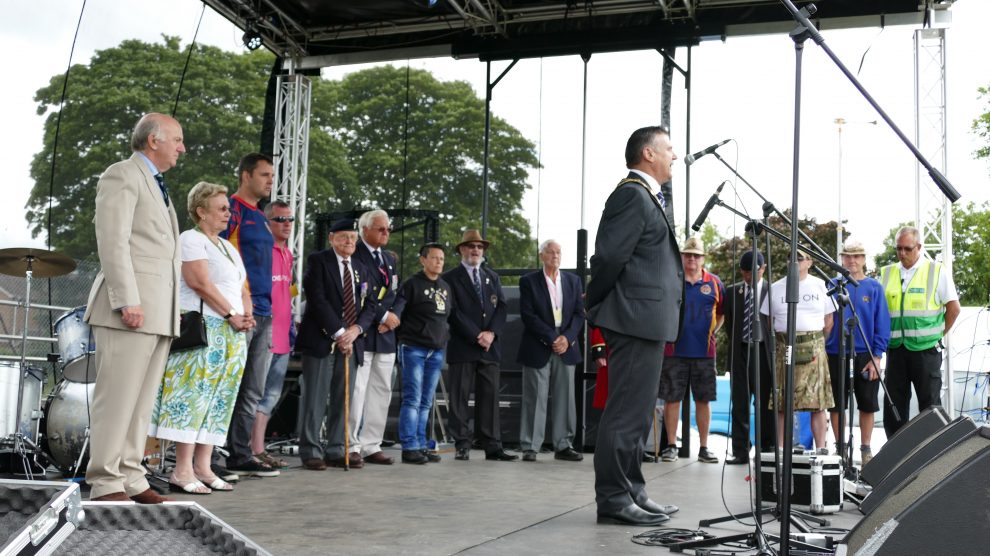 The organisers of Andover Armed Forces Day are seeking military veterans for this year’s event.

Each year the event in Vigo Park, Andover gives its appreciation for our past military personnel and the service they have given their country.

Organisers at local radio station 95.9FM Andover Radio are asking, “If you have served in any aspect of the British military (British Army, Royal Navy, RAF etc), you are encouraged to make contact via email here. It will be essential that you know your service number.”

Organisers are especially seeking personnel who have served in commonwealth military but may now live around Andover.

They are seeking as many military veterans as possible to come forward for a show of thanks, led by the Deputy Lord Lieutenant of Hampshire, Mr Timothy Weale.

In past years, thousands of attendees at the event have expressed their gratitude to personnel from across all aspects of the British military.

Andover Armed Forces Day chairperson, the Mayor of Andover Cllr Richard Rowles says, “This event is a celebration of everyone who has served to protect our country.

“We are keen to encourage as many military veterans to come forward as possible so that our town may give its thanks for their work in this country and abroad.

“As the 75th anniversary of D-Day looms, we know there were many from the old Czechoslovakia, Poland and Nepal who served to protect the freedom of Great Britain we would like to express our gratitude.”

Personnel who have served in Polish ranks, commonwealth military and the Gurkhas are especially encouraged to come forward. Please get in contact by clicking here.

Armed Forces Day was introduced as Veterans Day in the UK in 2006 to commemorate the service of the men and women in the British Armed Forces. The annual event became Armed Forces Day in 2009, encompassing serving personnel and cadets.

Andover’s Armed Forces Day is one of the town’s biggest events along with the Test Valley Borough Council (TVBC) organised Christmas Lights switch-on and the Andover Carnival.

This year’s event is on Saturday June 29th at Vigo Park, featuring 22 Engineer Regiment, the Rockets Children’s Motorcycle Display team and the Paladins medieval reenactments. Local companies like Moore’s Cleaning, the Station Inn on Bridge Street and Andover Patio Centre are supporting this year’s event. The event is also supported with grateful thanks to Andover town council and Hampshire County Council.

Images from previous Andover Armed Forces Days are below.