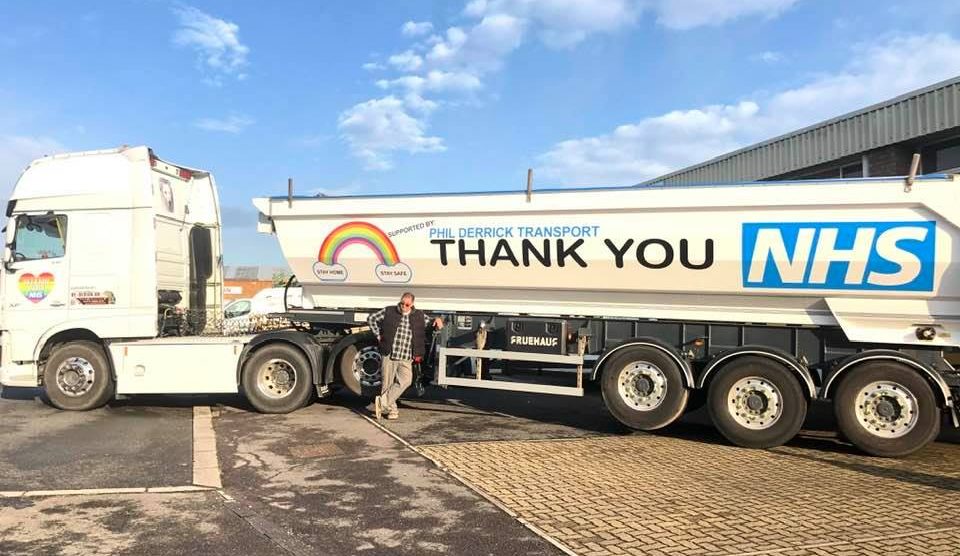 The NHS and all frontline staff are all doing a tremendous job in these testing times. Many people are showing their appreciation, weather it’s a children’s drawing of a rainbow in the front window, our weekly #clapforcarers every Thursday at 8pm or even the raising over £22 million for the NHS (We salute you Captain Tom Moore). We all appreciate and respect what these amazing people are doing .

A local business man has shown his support by having his work truck sign written paying tribute to the NHS.

Not only showing his support for the fantastic work the NHS are doing currently, but also this is a personal thank you as back in December 2019, over the Christmas season, Phil suffered a stroke. The brilliant response and care helped saved Phils life.

Sam Derrick, Phils Wife told Andover Radio “Phil had his strokes in December over Christmas and from the moment I rang 999, Phil was in hospital within an hour and 20 mins.

He was taken straight to Winchester where he was looked after so well. The care he received was second to none and even though it has left Phil with slight brain damage and a blocked artery from his neck to his brain, if he never had had the quick treatment he received he wouldn’t be here now“.

Phil wanted to do something for everyone to see, to show how much he really appreciated what the NHS done for him well for us not only with Phil’s stroke but whenever we have needed them they have always been fantastic.“

We love this brilliant tribute from Phil and Sam Derrick.

Phil started his business 20 years ago and is a key element to the infrastructure to our roads, Phil Derrick Transport hauls stone from quarry’s to Ashfelt plants for critical road maintenance.

Are you up for the 2.6 Challenge?
Shop Local: Photos 2 Print