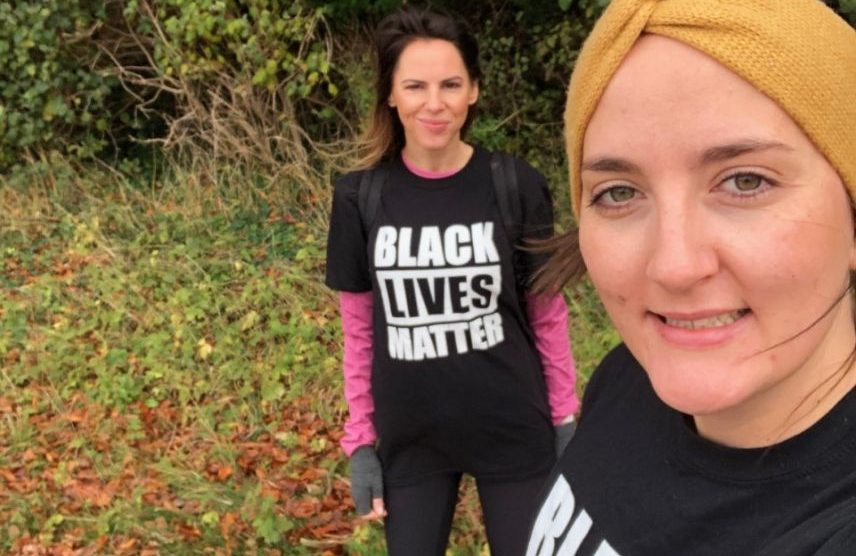 Stand Together Andover (STA) was initiated earlier this year as a direct response to the Black Lives Matter movement across the world, when Lydia Graham, founder “realised that the issue of race and equality is in Andover town too“. The campaign brought the community together for 2 silent marches back in the summer. The 1st march reached 200-300 people in Andover’s town and the second march, was followed by members of the community sharing their experiences of being black and growing up or moving to Andover.

Whilst this was a positive movement for many, Lydia shared that whilst one black women was sharing her story she had an egg thrown at her and a white man had turned up waving a Nazi flag. “And people still think racism doesn’t exist” Lydia stated.

The group are striving for a community that seeks equality, celebrates diversity and pursues a peaceful future, suggesting that Andover’s community needs to be part of the change. Lydia proclaims that “real change starts with our young people, standing together to eradicate racism”.

Lydia told Andover Radio 95.9fm “Every child deserves to feel accepted, and to see themselves represented in this countries rich & colourful history.  We are hoping we can have your support in helping us reach our goal, and to invest in the towns young people in the fight against racism.”

John Hanson community school, reached out to the group, says Lydia after a discussion about the school’s PSHE (personal, social, health education) days. Lydia told Andover Radio 95.9fm “The school contacted us after realising that as they are a school who have an all white teaching team, they recognised that they aren’t the best people to be speaking about racism and this is a big step forward”

The money raised will go towards  John Hanson school being able to access the services of The Black Curriculum, who offer assemblies and teacher training focused on black history and anti-racism, which are hugely lacking in the mainstream curriculum.

On the 3rd December year 8 students at John Hanson will be exploring racism, and the detrimental effects it has on our society. STA said on their GoFundMe page stated “Our schools need the tools to teach black history, and to facilitate a diverse & equal education to create social change. Therefore, we are raising money to have the wonderful Black Curriculum lead an assembly on the importance of black history and, of course, Anti-Racism.”