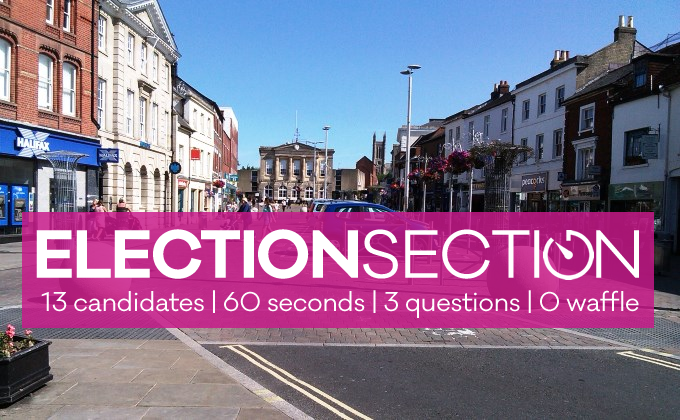 Police are appealing for witnesses after a man was assaulted outside Flames takeaway shop in Andover Friday night / Saturday morning. [Read more...]

Police are appealing for witnesses after a man was assaulted outside Flames takeaway shop in Andover.

At about 12.30am on Saturday, March 16, an unknown man was being abusive to people in the shop in London Street. A 45-year-old man then left the shop and was punched to the head several times by the same man who had been being abusive inside the shop.

The offender is described as white, of a medium build, aged between 18 and 22, and 5ft 6ins-7ins tall. He had dark hair swept to the side under a black baseball cap he was wearing. He was clean shaven and had a slight olive complexion. He was wearing a royal blue hooded top and light-coloured jeans and was carrying a small black rucksack.

The victim sustained injuries to his face and eye and received hospital treatment.

PC Anna Davies said: “Did you see a disturbance inside or outside Flames? The offender was last seen heading along London Street towards Piston Broke so someone may have seen him.

“London Street is a busy area on a Friday night so I am appealing for anyone who was in the area at the time and may have seen something to come forward.”

Anyone with any information is asked to contact PC Davies at Andover Police Station on 101 or call the charity Crimestoppers line on 0800 555 111 where information can be left anonymously.