A pilot was killed yesterday (Saturday 27th April) when his light aircraft crashed into a field at the Middle Wallop Army Aviation Centre just before 5.00pm [Read more...]

A pilot was killed yesterday (Saturday 27th April) when his light aircraft crashed into a field at the Middle Wallop Army Aviation Centre.

Hampshire Police are working with the AAIB (Air Accident Investigation Branch) after being called just before 5.00pm.

The pilot was believed to be flying alone and Police are trying to contact his next of kin.

An aircraft which came down near Middle Wallop yesterday afternoon has been recovered.

Police were called at 4.55pm on Saturday (April 27) after the civilian aircraft came down on the airfield at the Army Aviation Centre.

The aircraft was a single engine, single wing replica World War I aircraft which was involved in a practice display at the time.

The pilot, a 68-year-old man from Horsham, was the only person onboard. He was pronounced dead at the scene.

The investigation is being led by the Air Accident Investigation Branch with support from Hampshire Constabulary.

Anyone who saw the crash or the plane flying immediately beforehand is asked to contact Hampshire Constabulary on 101.

Video of Display and After Crash 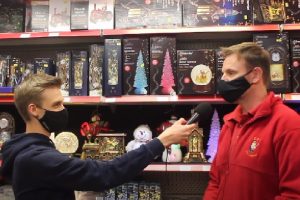