Star of Mock the Week and standup comedian Ross Noble was in Andover earlier today - to collect a typewriter. [Read more...]

Stand-up comedian Ross Noble was in Andover earlier today – to collect a typewriter.

Star of Mock The Week and numerous UK tours, Ross sent a message out on Twitter that we was travelling down the A303 and wanted a typewriter. This was picked up by local Roy Jones.

After several messages – and a very nice offer from the Hawk Conservancy, Ross managed to collect a typewriter in Andover earlier today after apparently having lunch at the Southampton Arms.Unfortunately it didn’t work. Ross and the crew were then in the town centre filming.

This is part of a TV show he is filming with North One TV called “Ross Noble Freewheels” where Ross is looking for interesting people and place to film. The show is being made for Dave TV…so Andover could be on the TV yet 🙂 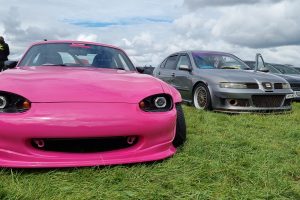 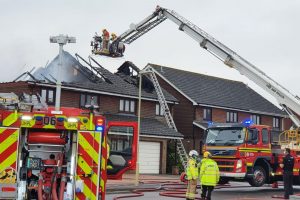